FIVB President Dr Ary S. Graça F° and CEV President Aleksandar Boričić stand next to each other at the end of the ceremony
Share
FacebookTwitterWhatsappTelegramViber

On Sunday, the final day of the 38th FIVB Congress held in Arnhem, a visibly emotional CEV President Aleksandar Boričić received the FIVB Grand Cross in recognition of his longstanding leadership of Volleyball in Europe and worldwide and his dedication to the FIVB as Board of Administration Member and FIVB Vice-President. 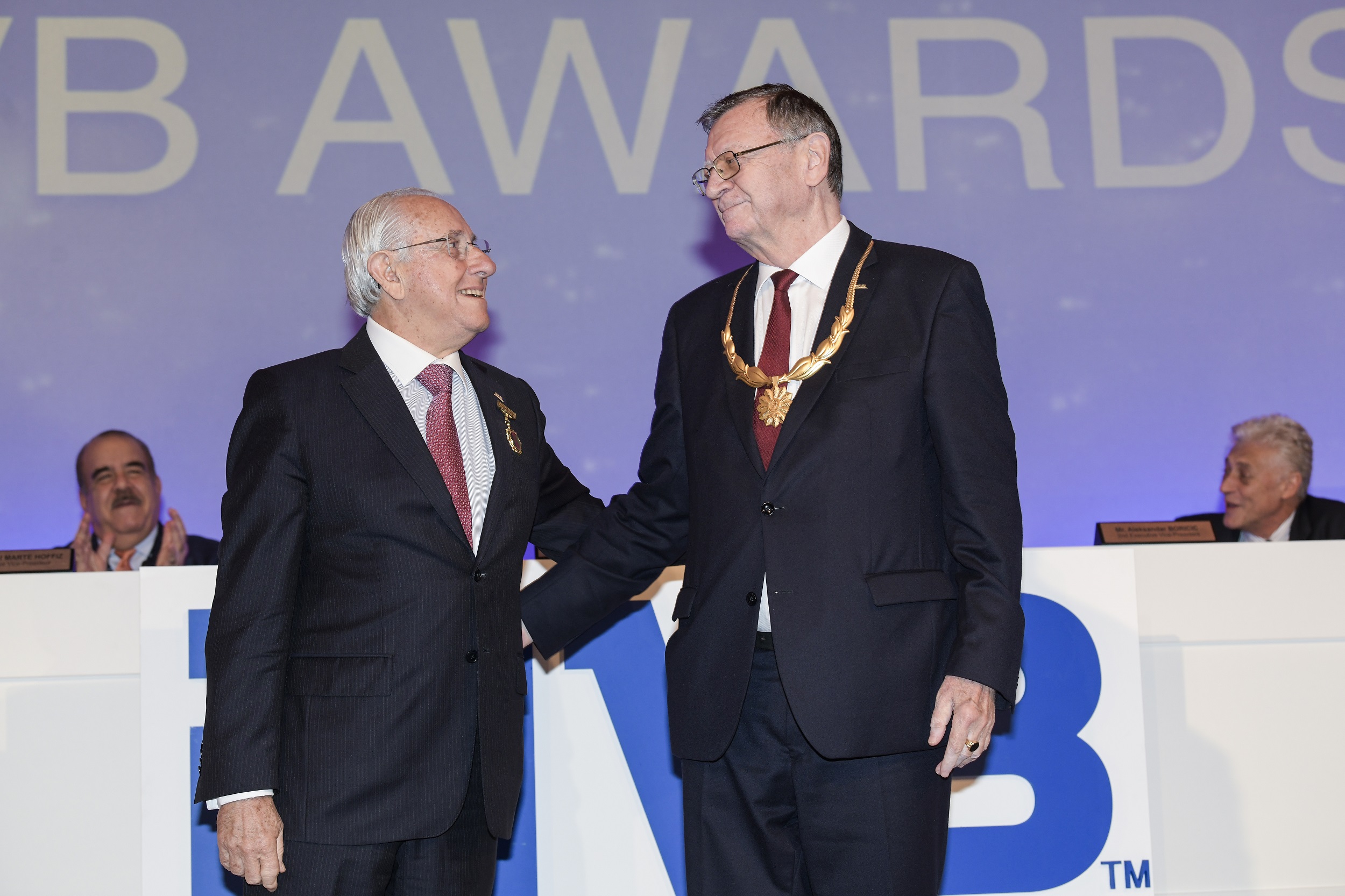 The FIVB Board of Administration had decided to award the Grand Cross to Mr Boričić, thus acknowledging the CEV President as one of our sport’s most important leaders globally. Mr Boričić, who has been the CEV President since October 2015, was a very successful Volleyball player and coach, before switching to sports administration, leading the Volleyball Federation of the former Yugoslavia, Serbia and Montenegro and – most recently – Serbia.

FIVB President Dr Ary S. Graça F° presented himself the Grand Cross to Mr Boričić – a man who, with relentless enthusiasm, passion and commitment, has literally transformed European Volleyball and raised the profile of the sport to unprecedented heights since assuming the leadership of the European Volleyball family back in 2015.