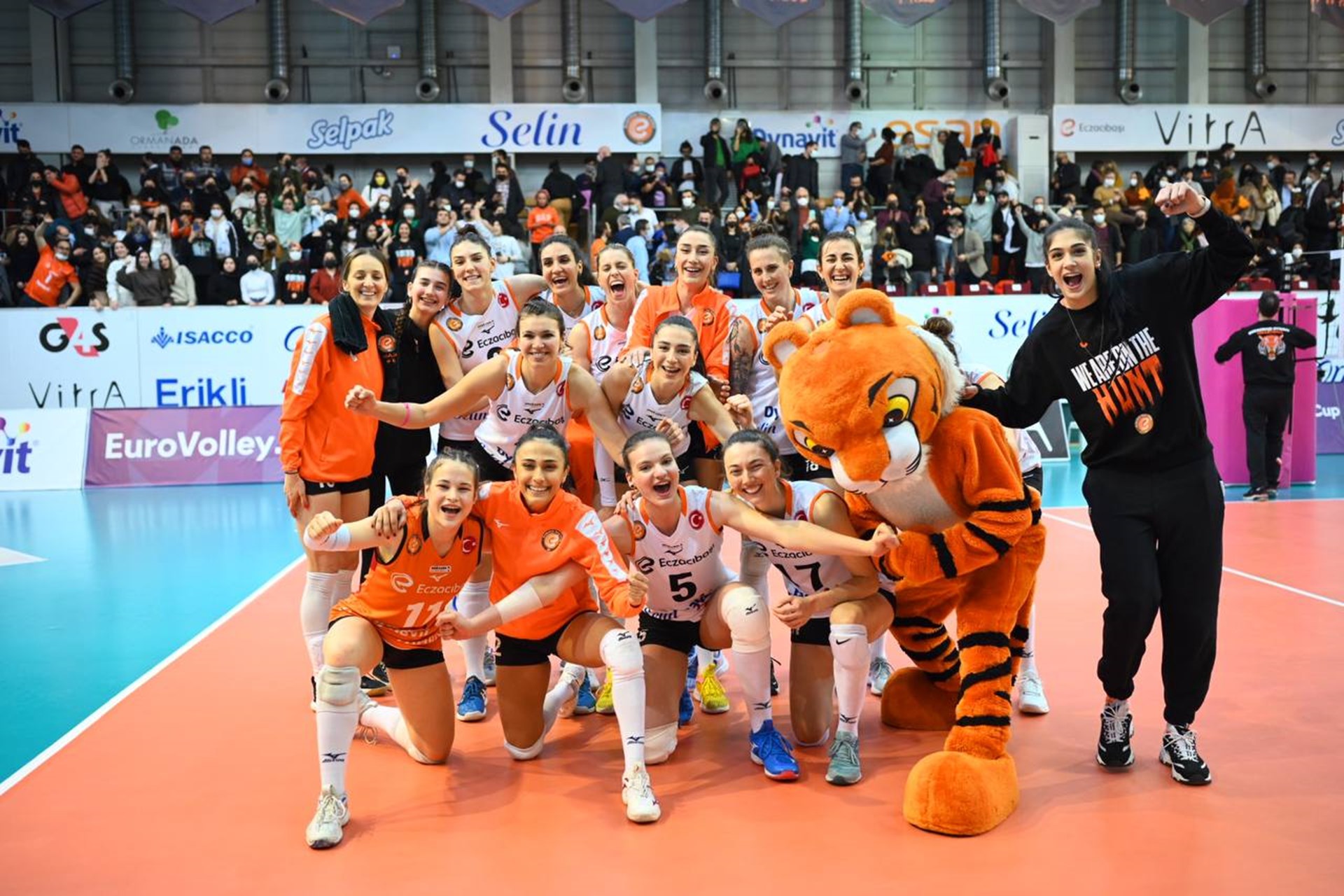 Eczacibasi Dynavit ISTANBUL booked the first spot in the grand final as they defeated CSM Volei Alba Blaj in straight sets . The team of Ferhat Akbas totally controlled the situation on the court in the first two sets, which were crucial for their fate, and even if they struggled a bit in the third part, they managed to overcome it and earned their second 3-0  (25-15, 25-18, 25-19) win in the semifinals. Eczacibasi outblocked (8-3) and outspiked their rivals (45-34), once Tijana Boskovic scored match-high 13 points, performing only in two first sets.

Eczacibasi Dynavit Istanbul entered the home court at Eczacibasi Spor Salonu Istanbul having to their name a 3-0 win earned one week before in Blaj. The team under guidance of coach Ferhat Akbas were, obviously, pre-favourite of this encounter and they were showing their strength from the beginning of the re-match as well. In the opening set, they quickly jumped to a 10-6 lead that they kept improving further, totally dominating the game. Recording as many 81% of team efficiency in attack Maja Ognjenovic was winning the battle between Serbian setters (Sladjana Mirkovic is in charge of setting on side of Blaj) with Beyza Arici (6 points) and Tijana Boskovic being top scorers of the home team.

Eczacibasi didn’t slow down in the second set that started with 5-2 lead for the hosts. However, Blaj was motivated to keep the pace with their more decorated rivals. They shorten the distance at 6-5, but Eczacibasi immediately reacted redubling their efforts, leading by six-point margin at 16-10. With solid block (McKenzie Adams had three winning stuffs) and Boskovic on fire hammering as many as eight points they didn’t have to look back and took a 2-0 lead in the match.

Having already a spot in the final in their pocket (they needed two sets to seal the deal), coach Akbas decided to make a few changes in his line-up. Without their star duo Ognjenovic & Boskovic Eczacibasi started to struggle and CSM Volei Alba Blaj seized the opportunity and that resulted in a point-by-point race that was continued until 14-14. Then, Gozde Yilmaz went to the service line and made a difference (3 aces in third set), her team jumped to 18-14 and regained control on the court for good. Tijana Boskovic topped the scorers chart with 13 points to her name, one less had the best scorer of Blaj – Victoriia Russu.

The second finalist Allianz MTV STUTTGART had to win only two sets to celebrate a progress to the finals and they quickly completed this mission in the match against Mladost Zagreb. The German side showed great team efforts and powered by their captain Krystal Rivers, who topped the scorers chart with 16 points, they were unstoppable. Their impressive attack was a key to victory with result 3-0 (25-26, 25-13, 25-10), Stuttgart outclassed Zagreb in this component – 50 winning spikes to 21!

The first final clash will be played on March 15, a decisive re-match one week later on March 22.