Josko Milenkoski, new Head coach of Team Montenegro: The potential of the national team is a guarantee of a better result 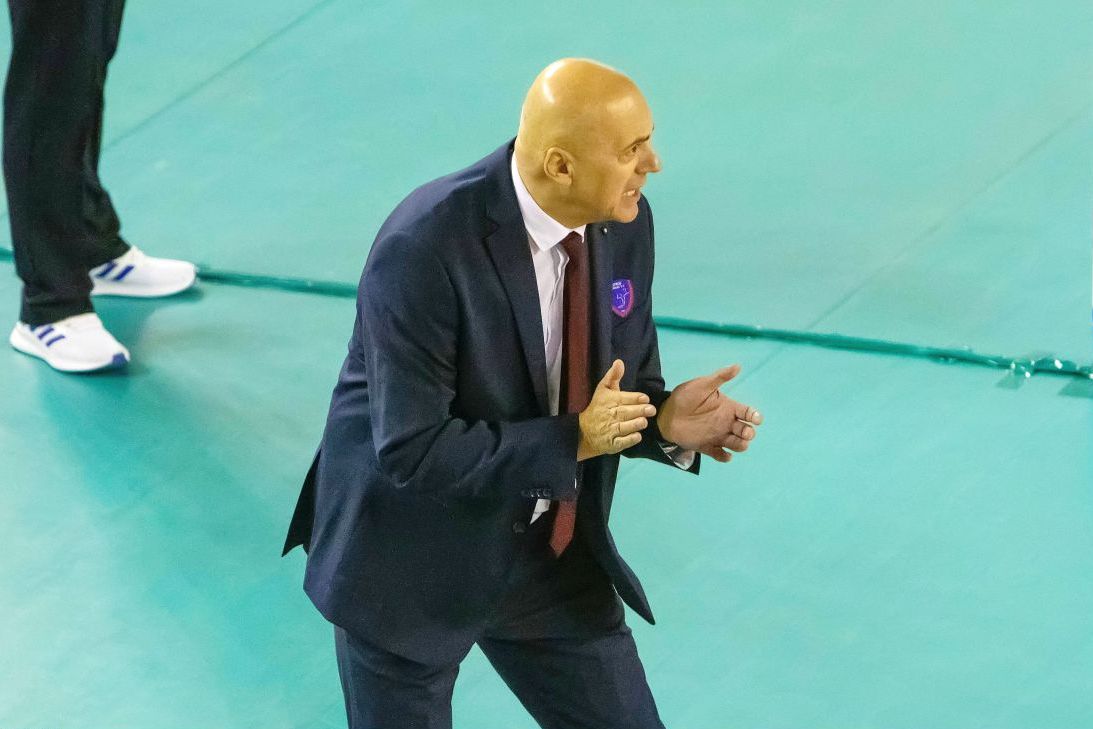 The Macedonian expert Josko Milenkoski was recently chosen as the head coach of Montenegro national team, and he is currently in Greece, where he leads Foinikas Syros volleyball team.

What it means to you appointment as a head coach of Montenegro?

“Being the head coach of one national team is a great honor. At the same time, a great obligation that the head coach carries with him. The obligation is great, because it does not matter what the impressions and evaluations will be when the results are summed up at the end of the Qualifiers. The responsibility is also big. Responsibility to those who have trusted you and who have chosen you to be at the helm and to lead a team that has great ambitions. Responsibility for results that should be at the highest level. Responsibility also towards sports fans who expect their national team to be on the right track and satisfy their desires to always be a winner. But, at the same time, being the head coach of the national team that is fighting to play in the Euro Volley for the third time in a row is a great pleasure. Pleasure because you do what you love the most, pleasure because you will be surrounded by young people who need to be persuaded to believe what you present to them and to work hard to achieve the set results. Thus, the challenge is big. The challenge is to secure a place and be part of a big event like the Euro Volley.”

You have coached some of Montenegrin players, how well do you know the team and are you planning any control gatherings?

“I had the good fortune and opportunity to be a coach in my career in many clubs, selections and players of the highest quality, players who won European, World Championships, World Leagues, who were declared MVP in those competitions… Also to many young players who have affirmed themselves through a quality work and training process. The same goes for the Montenegrin players I coached at the Budvanska Rivijera and the Ziraat Bankasi team from Ankara. But I also know other players very well, especially those who play abroad, where all the statistics about their game and their performance are available.”

“In the phase of preparations for the upcoming Qualifiers for the Euro Volley 2023, some control gatherings are planned in several phases. First of all, gatherings of players who play in the National championship, mostly young players, potential candidates for the National team. But, all that in agreement with the Volleyball Federation Montenegro and the conditions that we would have, primarily financial, but also regarding organization. The preparations themselves will be specific because some players will be without activity for a long period, taking into account the early end of some of the European leagues where our internationals play.

What are your ambitions, what is your goal and what do you think about the quality and achievements of the national team?

“Ambitions are as big as ever. Based on objective facts about the quality possessed by the players to be selected. First of all, individual qualities that will be aimed at achieving cohesion in the team and transformed into team quality. The primary goal is to win a place in the Euro Volley through Qualifiers, which is the dream of everyone who plays sports. This would be the third consecutive placement of the Montenegrin National team at the Euro Volley, something that often fails even better ranked national teams. At the same time, there is a great chance to confirm the undisputed quality of the players, and as the ultimate goal in the future, not only to qualify for the Euro Volley, but also to play a significant role in it.

Following everything that is happening in the European and World volleyball, and of course in Montenegro, I can confirm that the current potential of the National team guarantees better results. Most of the Montenegrin National team plays in renowned European clubs, have a top training process and matches of the highest level, which means that they have a solid international career, which is one of the main prerequisites to build a quality and competitive team that would achieve top results.The quality of the National team should not leave any doubt in the complete success of the upcoming Qualifiers.”

This is for you a return to Montenegro, after the episode in Budva and the great result in Europe…

“For Montenegro, for Budva, I have only fond memories and recollections. We achieved great success in the CEV Cup in Rome, placing third, which is one of the greatest successes in the history of the Buvanska Rivijera, but also a significant result for Montenegrin volleyball. But it is not only sports results that make me happy and look forward to returning, but contacts with people and friendships that have remained lasting. ”

You work in Greece, you recently won the Super Cup, how did your club react to the appointment as the head coach of Montenegro?

“Working in the Greek Super League is a big challenge. Playing against the best Greek teams such as Olympiacos, Panathinaikos and PAOK is a great pleasure. Defeating some of them is a big thing, and taking away a title from them is just a confirmation of quality and reputation. Proof of that is winning the Greek Super Cup against the current champion Olympiacos, which caused great publicity.

Reactions to the appointment as coach have resonated very quickly here, and impressions and comments are positive. The reason is, first of all, that Greece and Montenegro have played a large number of matches in the last few years, both in the qualifications for the Euro Volley and in the European League, where they even played in the finals. But it is also possible that they will meet again soon in the upcoming qualifiers.”

In the motivation letter, you mentioned the cooperation with coaches in Montenegro and your help in maturing talents… Do you have a specific plan related to that?

“As always, I will dedicate myself to the new task to the maximum and professionally. I will dedicate a large part of my activities to clubs and potential national teams and I will be ready to use my great experience to help all coaches in working with their national teams and clubs, for the benefit and development of Montenegrin volleyball. In my opinion, the potential of the Montenegrin national team has never been in question. The predispositions of the players, primarily physical, their technical and tactical preparation, have always been at an enviable level. This is especially true for players who play abroad. Unlike them, it is clear that the players who play in the domestic championship are handicapped by the lack of league quality, weak games, and this entails weaker motivation in the training process as well as their overall development. Therefore, in my opinion, the emphasis should be on working with domestic players, coordination with their club coaches, with whom we should work out a unique plan and program for working with young talented players and future members of the national team. As for the future, it is clear that the development of young players will be evident through planned and systematic work. The most important thing is that there is great potential, especially in psychophysical predispositions, which should be used and translated into a top result.”