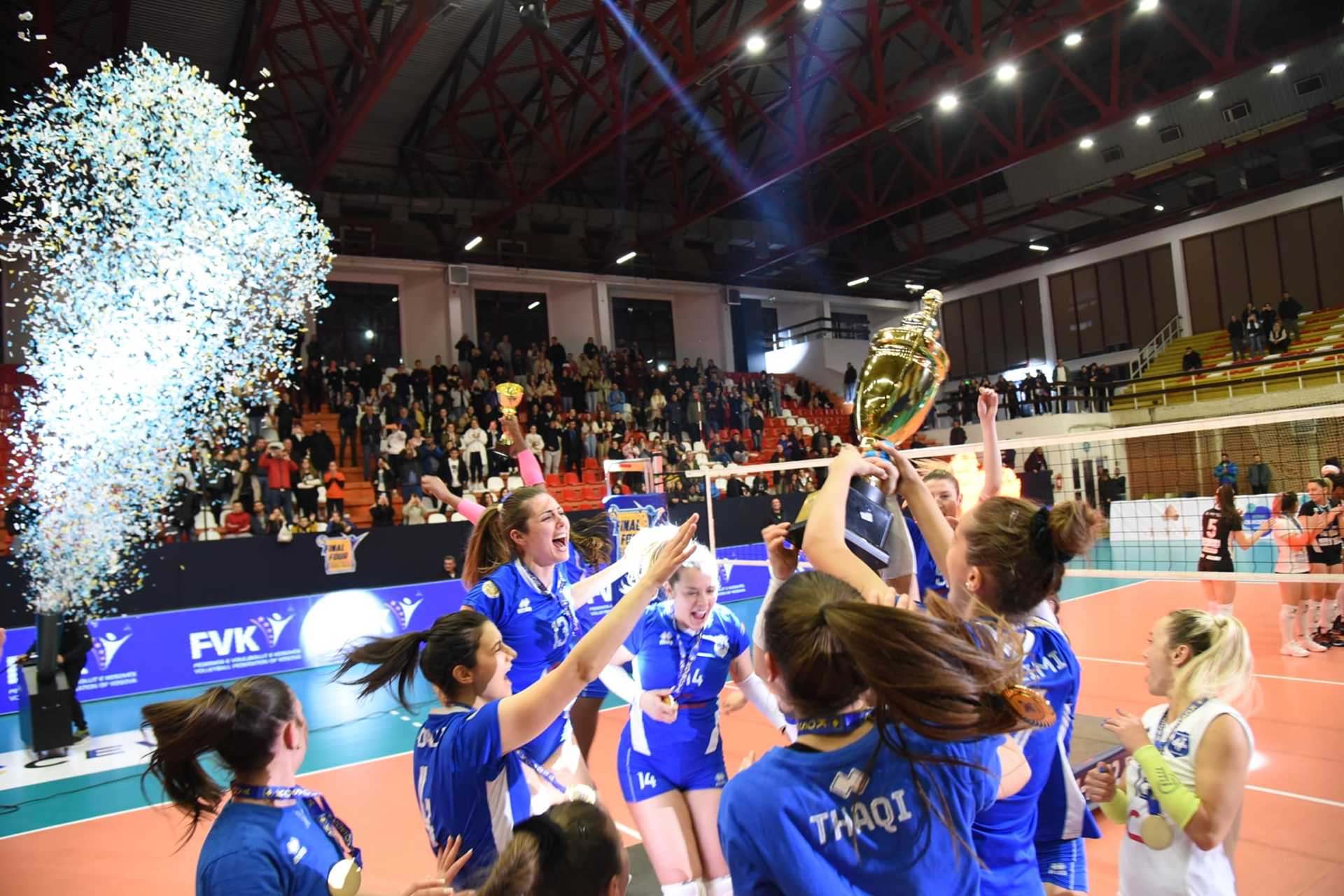 KV Drita have emerged as this year’s winners of the Kosovo women’s national league at the end of a thrilling final against Fer Volley, which ended after KV Drita GJILAN recorded three wins to one for their rivals in the championship series.

The two teams showed real quality in a spectacular match that took place at the ‘Bill Clinton’ Volleyball Hall in Ferizaj, with more than 1,500 fans in attendance. They will remember this match for a very long time as they enjoyed some two hours of Volleyball at its finest. KV Drita eventually won 3-2 (20-25, 25-20, 21-25, 25-23, 15-11) to trigger jubilant scenes from head coach Lorik Ilazi and the players. This is their second domestic triumph this season, after KV Drita had claimed the national cup of Kosovo a few weeks ago.

The Secretary General of the Kosovo Volleyball Federation (FVK), Valon Nikqi, Vice-President Mimoza Shkodra and a member of the FVK Board of Administration, Mr Gazmend Husaj, awarded the champions with the gold medals. FVK President Bahri Gjinovci presented the trophy designed for the winners of the national league to the team captain of KV Drita, Adelajda Prenga before celebrations with the fans ensued shortly afterwards.

FVK Vice-President Abedin Ibrahimi, board members Halime Fetahu and Valon Xhafaj and a well-known coach from the city of Tetovo, Namikqemal Mustafa, awarded the silver medals to the players from Ferizaj in recognition of their valiant effort.