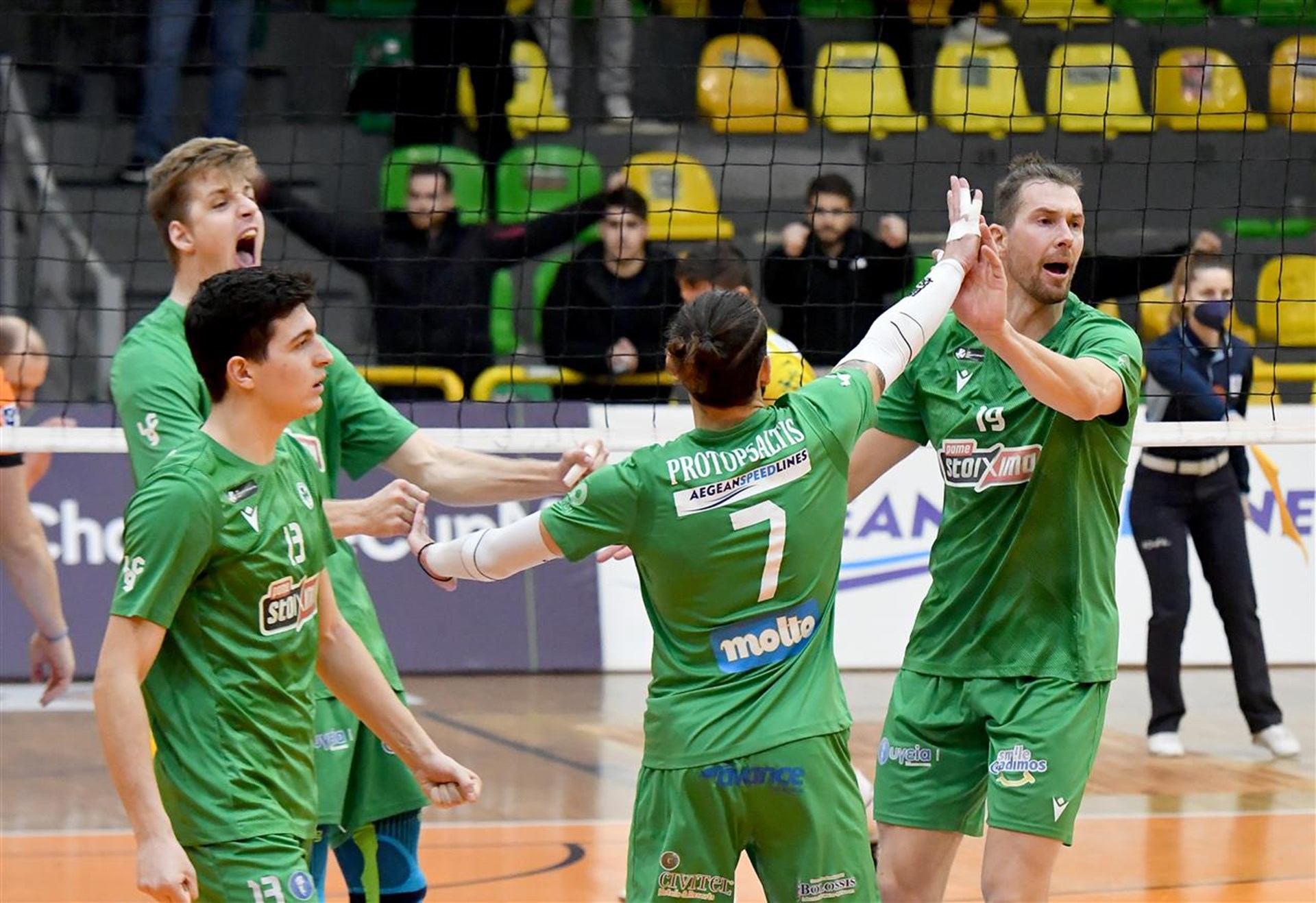 Panathinaikos AC ATHENS are only two sets away from reaching the semis of the men’s Challenge Cup after recording a 3-1 home victory (29-31, 25-19, 25-13, 25-18) over CAI TERUEL of Spain in the first round of the quarterfinals. This result did somehow make amends for the loss suffered in the women’s competition by Panathinaikos at the hands of another Spanish team – CV Tenerife LA LAGUNA. Panathinaikos will have to win two sets next week in Spain to secure their progression to the semis.

“We did not start in the right way, actually e started a bit soft, and we lost the first set. After that, we played more aggressive in defence-block-attack so we were able to manage the match better. Maybe our approach at the beginning was not the right one”, said Axel Jacobsen, player of Panathinaikos.

Dimitrios Andreopoulos, head coach of Panathinaikos AC: “Except for the first set, today we won and we are happy.”

Gregory Petty, player of CAI TERUEL: “They won a few really big points but in our arena you should be expecting another good match. Hopefully we figure things out and we are excited for next

“Today we tried our best against a strong opponent. We managed to win the first set, but we did not have the same consistency in the remaining sets. Panathinaikos put a lot of pressure on us, raised the level of their performance and made it difficult for us in service and defence. We played with a significant absence of one of our main athletes; however, we must concentrate on the rematch and give a fight at home”, said Miguel Rivera.