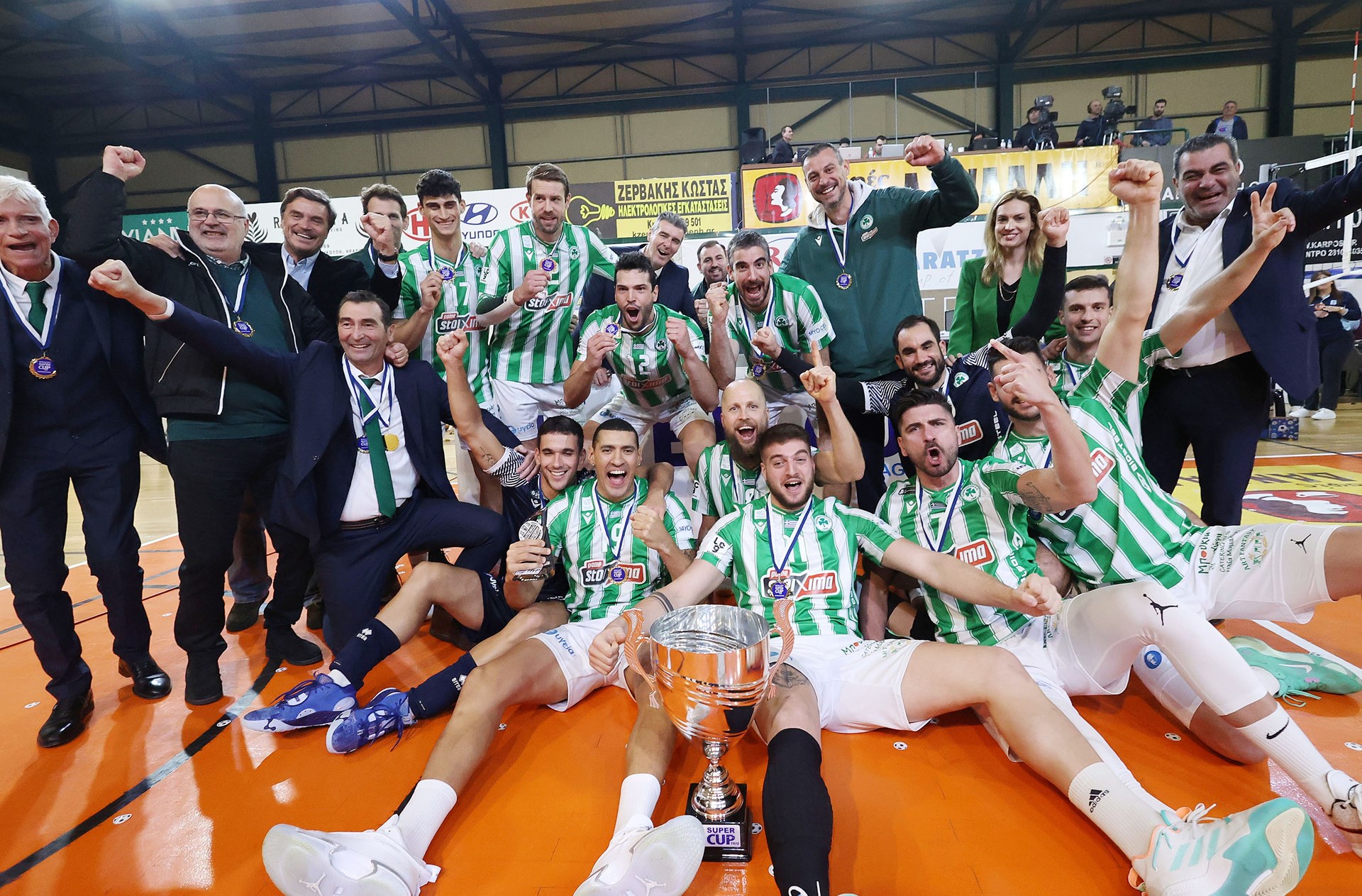 Last year’s Greek champions, Panathinaikos, managed to win their first trophy of 2023, beating PAOK for the fourth time in just as many matches these teams have contested between them this season so far. The Super Cup final was held in Vardinogianio Sports Hall in Heraklion, Crete in front of some 800 spectators. 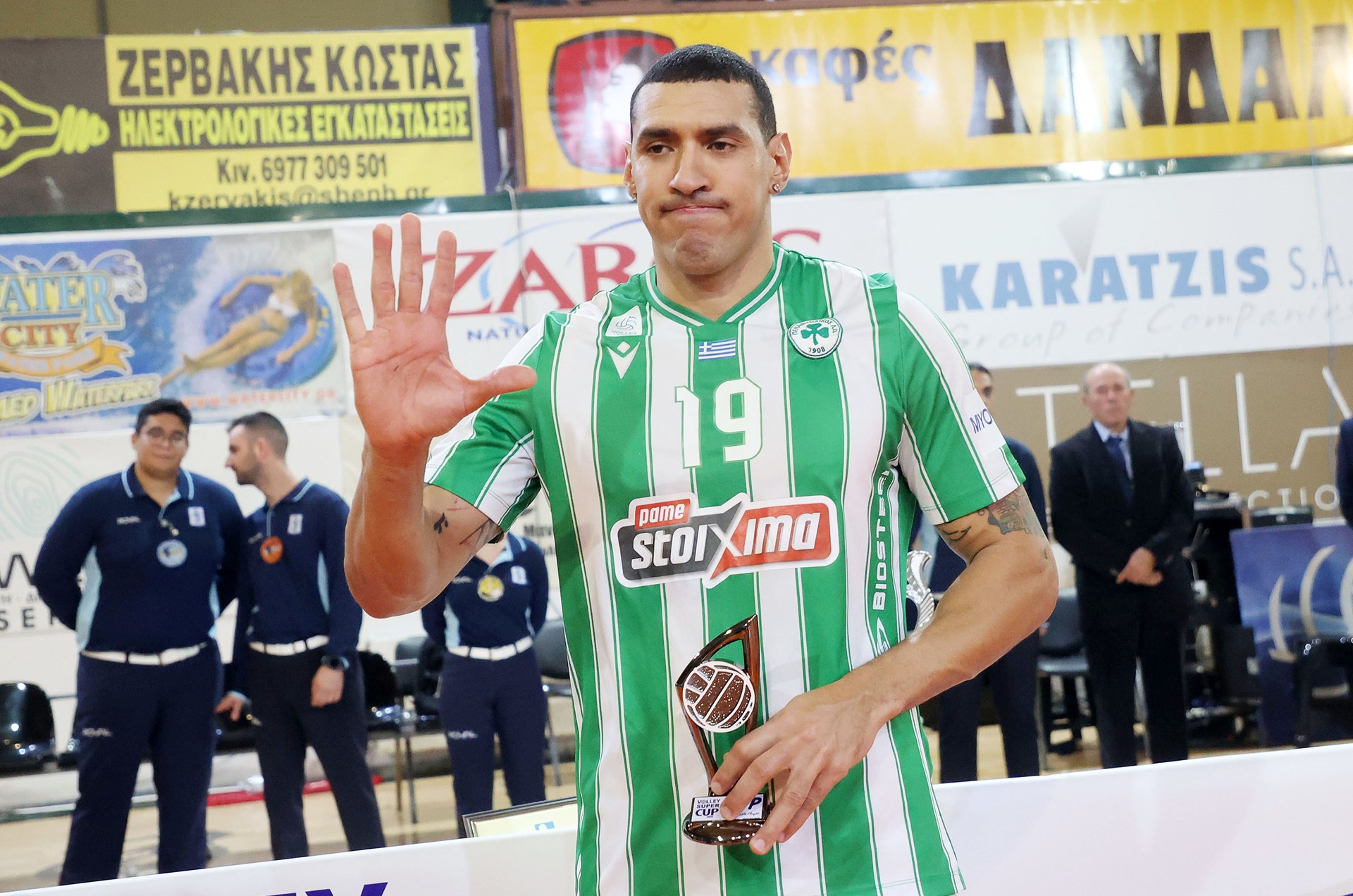 Panathinaikos opposite, Cuban Fernando Hernandez was named the Most Valuable Player (MVP) of the final, after registering as many as 28 points.

“Only a few years ago, Panathinaikos was in a very difficult position financially and we could not even think about competing for trophies. That is why I am so happy, because after much hard work and sacrifices we have managed to be where we are today. Congratulations to my players for their performance, which gave us the first trophy of the season” – Dimitrios Andreopoulos, head coach of Panathinaikos.