European Volleyball has literally gone from strength to strength throughout the past 12 months. The CEV Volleyball Gala held at Bozar Centre for Fine Arts in Brussels was an ideal opportunity to celebrate the latest achievements – and especially the major stars of the sport. The ceremony organised on Friday night in the Belgian capital continues a tradition that started almost three decades ago – with the Drawing of Lots for the pool stage of the elite CEV Champions League delivered at the very same venue earlier in the evening.

FIVB President Dr Ary S. Graça F° was the highest profile guest of the evening – thus joining members of the European Volleyball family for what was a real parade of stars.

CEV President Aleksandar Boričić emphasised the importance of the occasion:

“Tonight we celebrate the achievements of the past 12 months but we shall already look forward to the next season and to mre success. I wish to thank the FIVB and their President for the good cooperation – together we are trying to elevate the sport to the next level and we are doing so in close cooperation with all those attending tonight’s Gala. This event in Belgium is only the first step on the way that will take us to the EuroVolley Women Finals due to take place in 2023 here in Brussels.”

The list of awardees is truly impressive – starting with the Male and Female Volleyball Players of the Year, Kamil Semeniuk and Isabelle Haak. The outside hitter from Poland claimed earlier this year his second straight Champions League title with Grupa Azoty KEDZIERZYN-KOZLE – and apart from dominating domestic competitions with his former club, he achieved much success with Team Poland as well – most recently a silver medal at the FIVB World Championship on home soil. 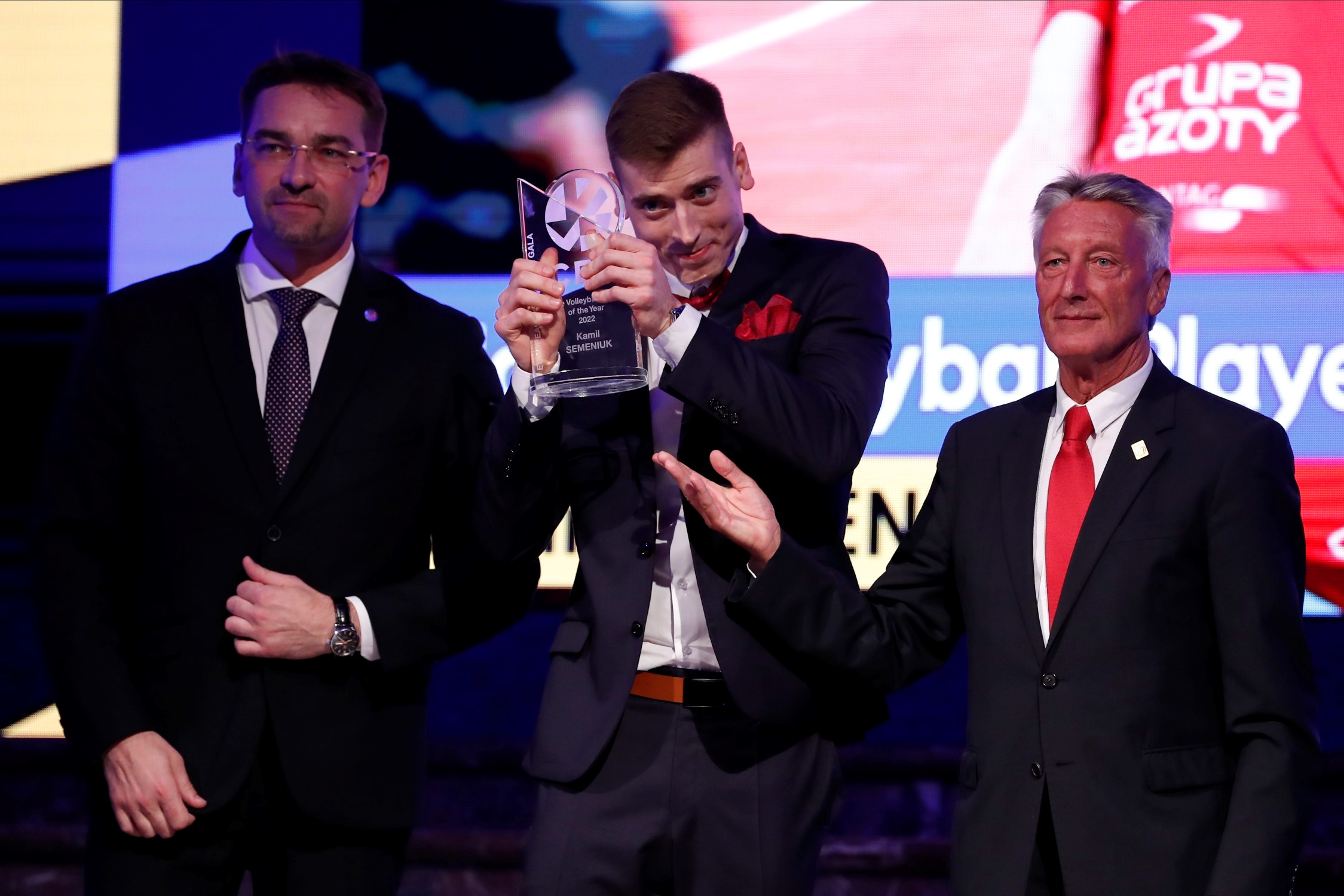 Haak, on the other hand, helped VakifBank ISTANBUL complete a clean sweep of all competitions they contested in the 2021-2022 season – lifting as many as five trophies, including an all-time record fifth Champions League crown for the Turkish club. 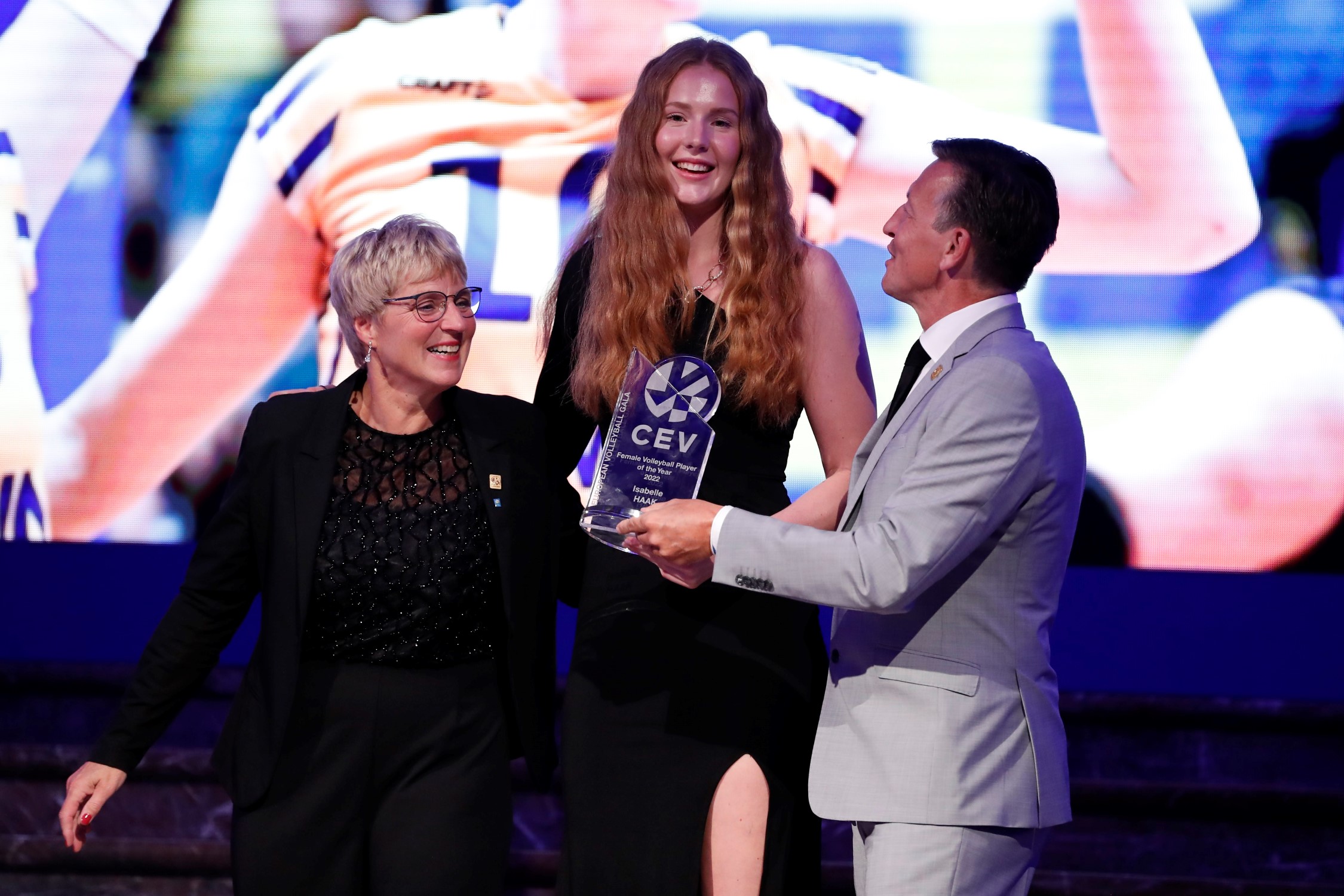 Their respective former coaches at club level, Gheorghe Cretu and Giovanni Guidetti, claimed the accolades for the ‘Men’s and Women’s Coach of the Year’ respectively. This is not the first such prize for Guidetti, who has helped VakifBank – as well as the national teams of Germany, the Netherlands, and Turkey – achieve unprecedented success, while Romania-born Cretu enjoyed his greatest triumph to date at the Super Finals in Ljubljana while being at the helm of Grupa Azoty KEDZIERZYN-KOZLE. 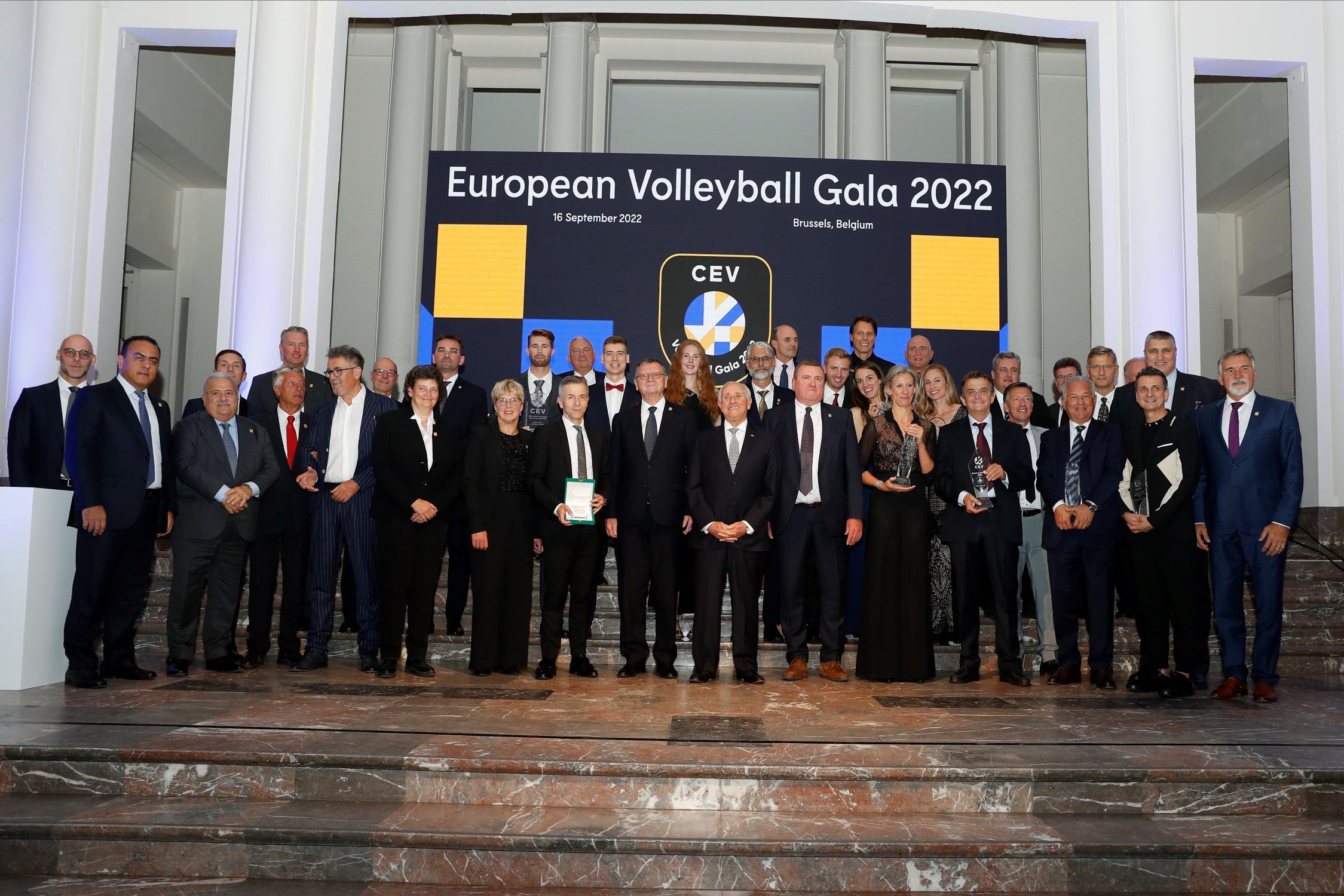 Tanja Hüberli and Nina Brunner made sure the prize for the ‘Women’s Beach Volleyball Team of the Year’ would remain in Switzerland, as they followed in the footsteps of their compatriots Joana Heidrich and Anouk Vergé-Dépré – who had received the same award last year in Ljubljana. Hüberli and Brunner helped Switzerland claim top honours from the inaugural Beach Volley Nations Cup and finished second at EuroBeachVolley as well as at the first-ever Queen & King of the Court European Finals.

The award for the ‘Men’s Beach Volleyball Team of the Year’ could only go the way of Anders Mol and Christian Sørum – aka the Beach Volley Vikings. The still young Norwegians triumphed at the FIVB World Championships in Rome as well as at the Beach Volley Nations Cup – and after settling for third place at EuroBeachVolley, they resumed their winning streak by crowning themselves ‘Kings of the Court’ in Utrecht earlier this month. It is therefore very fitting that the distinction for the ‘Beach Volleyball Coach of the Year’ went again – for the third straight time – to their mentor (and Anders’s father) Kåre Mol.

Staying with Beach Volleyball, after gathering some 25,000 fans throughout six competition days and cementing the status of Vienna as the real ‘Beach Volleyball Mecca’, the organisers of the inaugural CEV Beach Volley Nations Cup – ACTS represented by their charismatic CEO and founder Hannes Jagerhofer – deservedly claimed the award for the ‘CEV Event of the Year’.

While acknowledging the achievements of the past 12 months, the 2022 edition of the CEV Volleyball Gala was an opportunity to recognise also those who have spent their whole life working for the good of the sport. Argentina-born Julio Velasco needs no introduction as the mentor who forged the Italian golden generation that ruled international Volleyball in the late 80s and 90s. Right now, he is working on growing the next ‘wave’ of Italian Volleyball players – running a programme that has already produced a series of gold medals at multiple World and European age-group championships.

With the gala held in Belgium’s capital, Frauke Dirickx was a familiar face for many – and just like Velasco, she became a recipient of the ‘CEV Lifetime Achievement Award’ as well. She helped break new ground for Belgian Volleyball and sport in general, especially when guiding the ‘Yellow Tigers’ to a historic EuroVolley bronze medal in 2013 – their only medal from a senior major international competition to this day.

Finally, CEV President Aleksandar Boričić bestowed the title of ‘European Volleyball Ambassador’ upon the President and CEO of the CEV’s official media partner, Mr Philippe Blatter, in recognition of a long, successful partnership that has helped elevate Volleyball and the profile of the sport to unprecedented levels.