Serbia U19W won silver medal, Italy is on the top of Europe 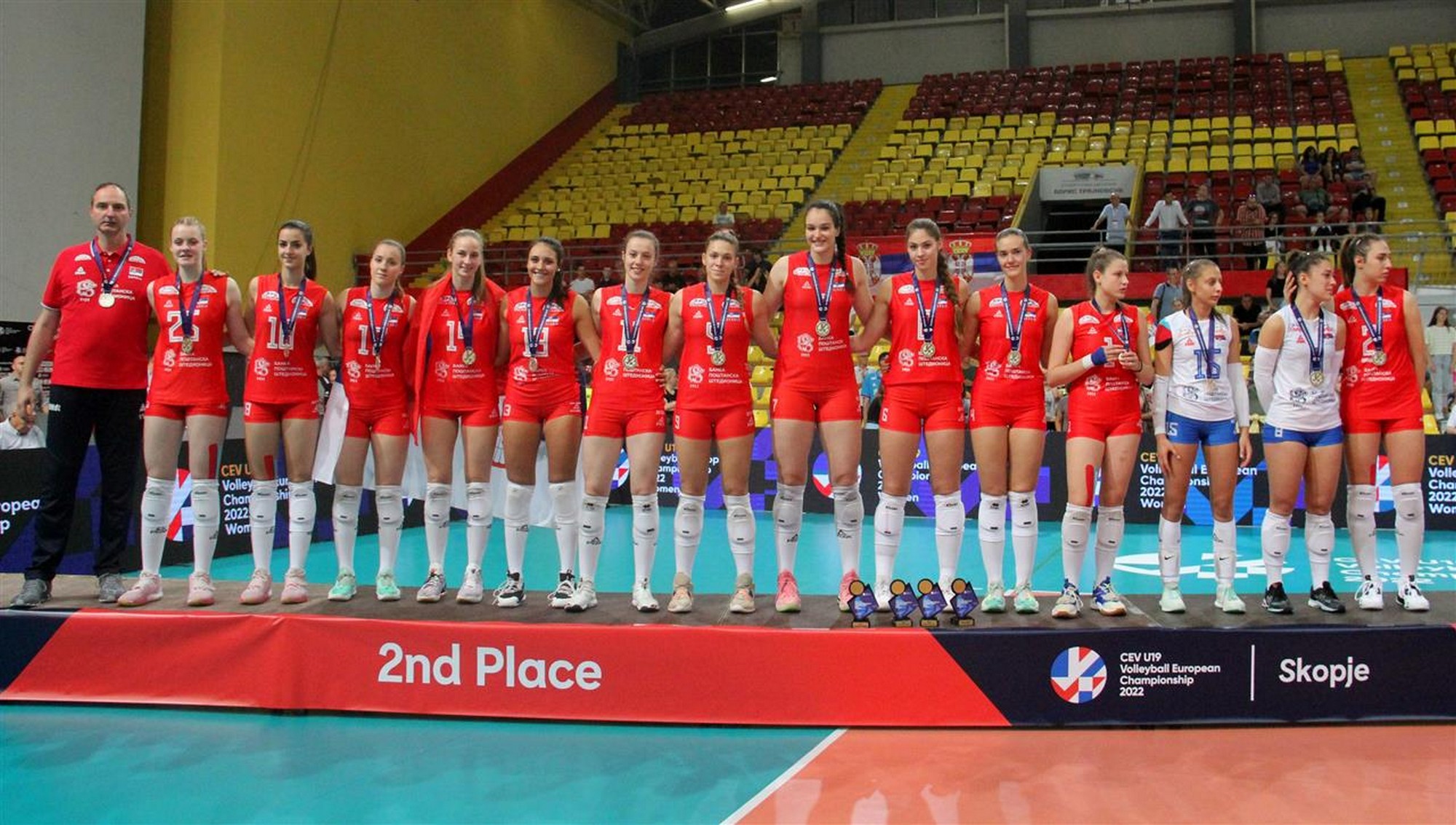 In the Big Finale of U19W European Championship Serbia won silver medal, after they was defeated by Italy 3-2, while in the Bronze medal match, Poland disappointed at 3-1 the Netherlands.

The U19W Italian national team did not disappoint their fans, continuing the legacy of their compatriots from this Volleyball summer. After winning the gold in U22M, U18M, U21W and U17W European Championships, held earlier this year, now the U19W team did the same, claiming the title at the tournament that took place from August 27 to September 4 in Skopje, North Macedonia. 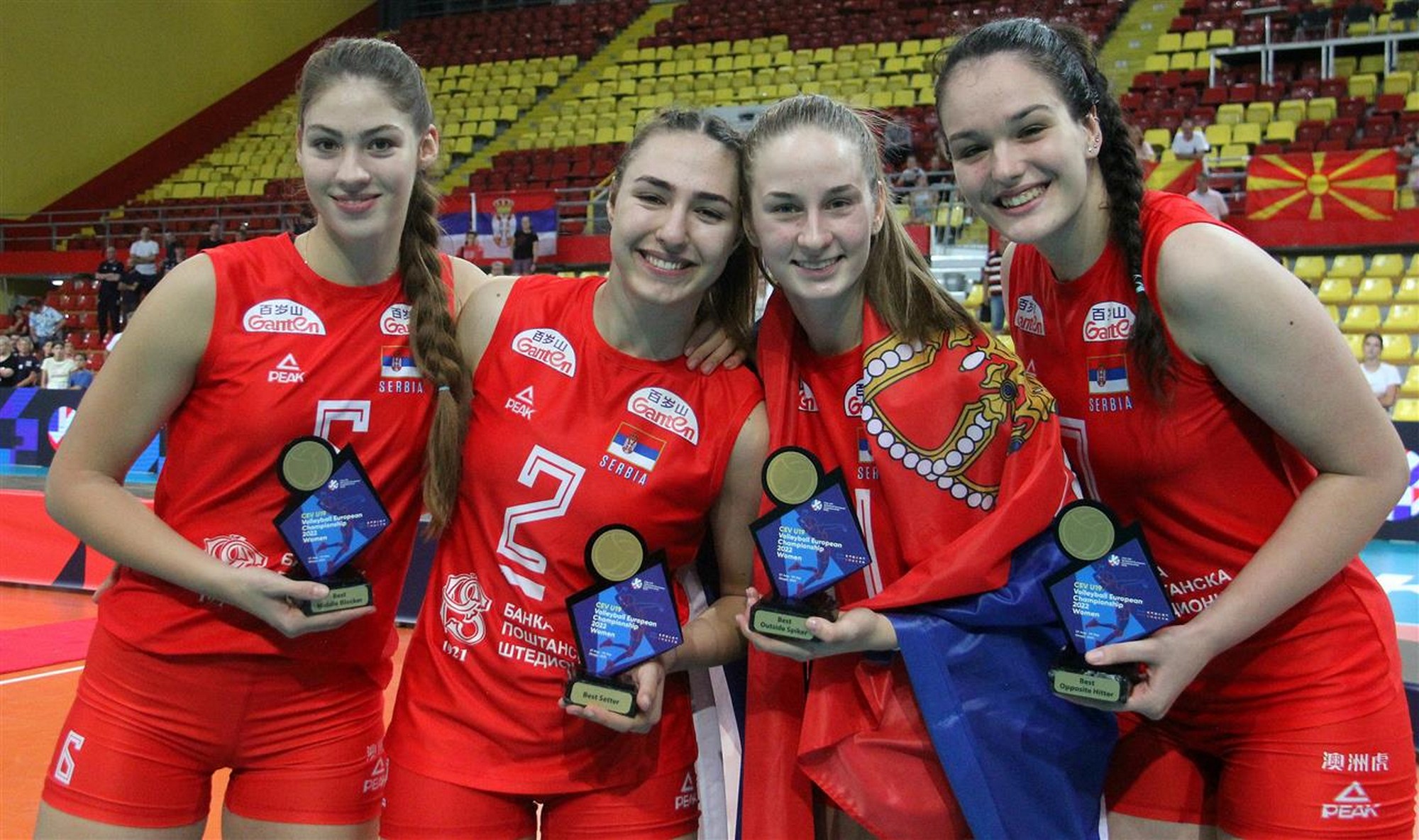 Serbia started off better in the match, taking an early lead right after the first referee whistle. Jovana Zelenovic and her teammates were performing better than their rivals, and deservedly opened in their favour. While equal in attack (10 winning spikes in the first set each team), Serbia did slightly better on the blocking (three to zero), while Italy let their own errors affect the game.

However, it was just the beginning of the match for Italy, as they weren’t ready to give up just yet. Coming back to the game, they reacted good in the second set, improving their performance on attack (15 to 12), and also making it more difficult for their opponents on the net (five blocks). Although it was “a cat and mouse game” in this set, the Italians were able to show resilience and tie back the match.

Inspired from the good result, they outperformed Serbia in the third set, gaining more power towards the end of it. As the set was unfolding, the teams were breathing down each others’ necks, but with Prinecss Atamah on the serve, and thanks to successful attacks by Lisa Eposito and a block by Nicole Modesti, took the leadership.

Serbia responded quickly in the fourth set, as four kill blocks made the difference (while Italy did not record any). The Italians also suffered from their own errors (seven), while the Serbs delivered an almost perfect performance with no mistakes (only one).

Serbia responded quickly in the fourth set, as four kill blocks made the difference (while Italy did not record any). The Italians also suffered from their own errors (seven), while the Serbs delivered an almost perfect performance with no mistakes (only one).

Una Vajagic (SRB) and Julia Ituma (ITA) both finished as top scorers in the match, recording 21 points to their names each. 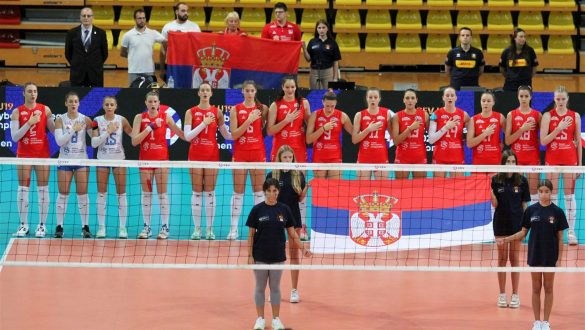 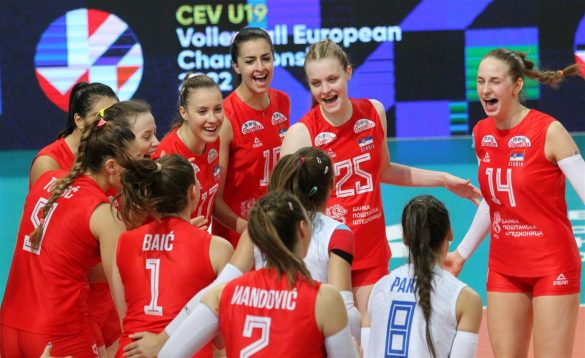 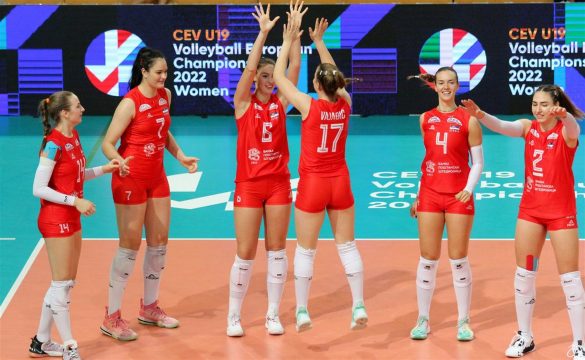 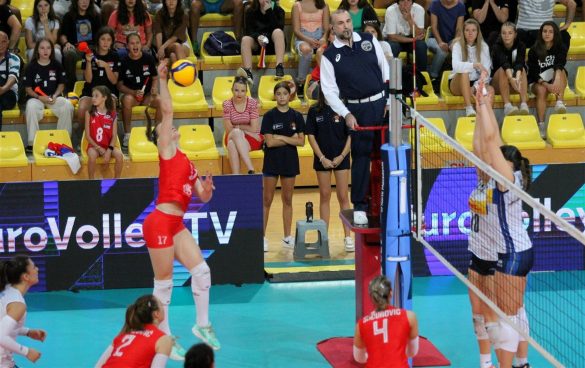 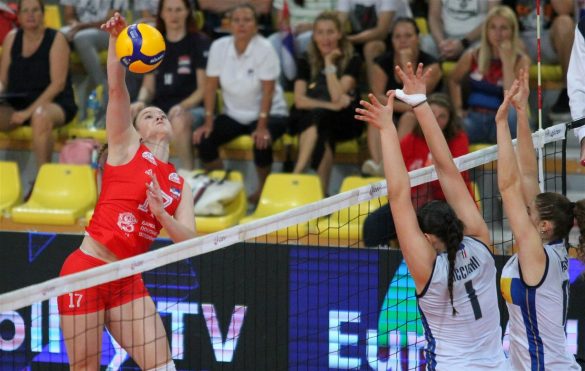 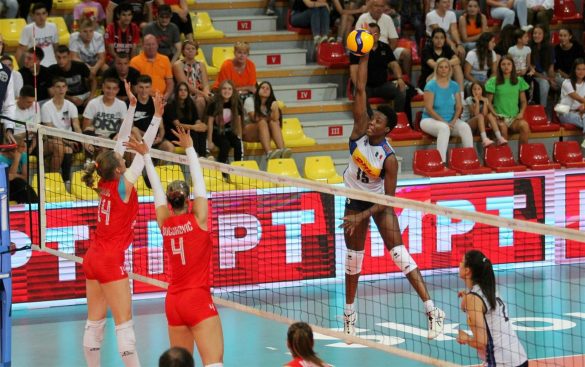 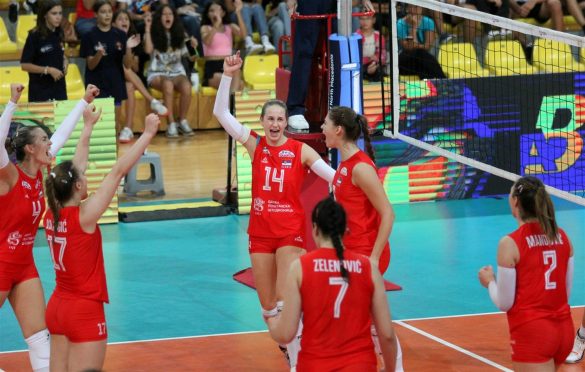 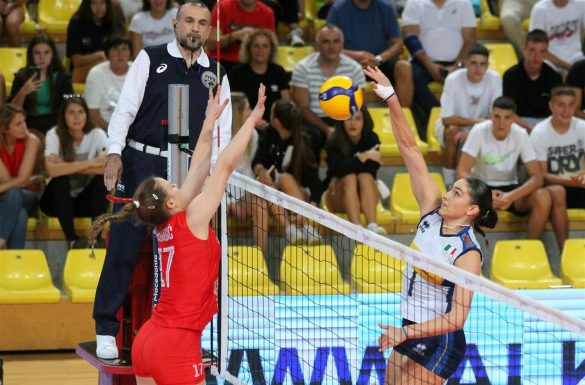 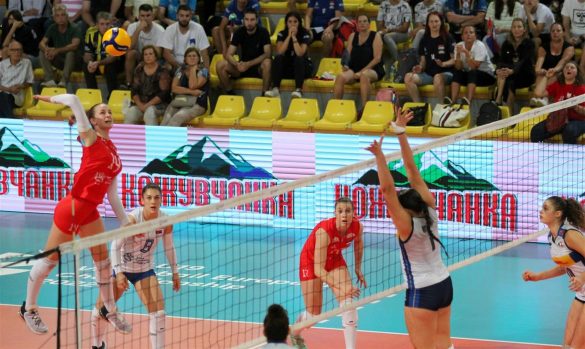 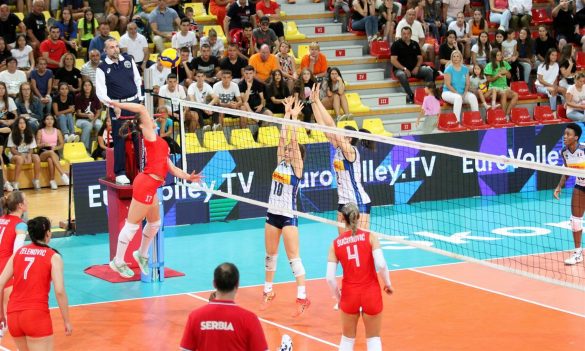 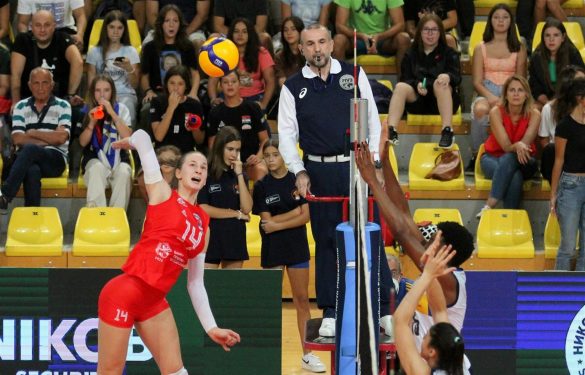 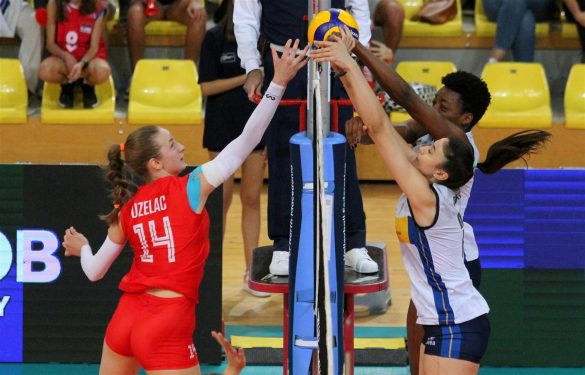 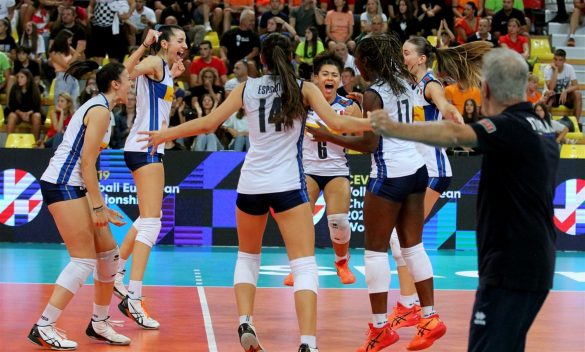 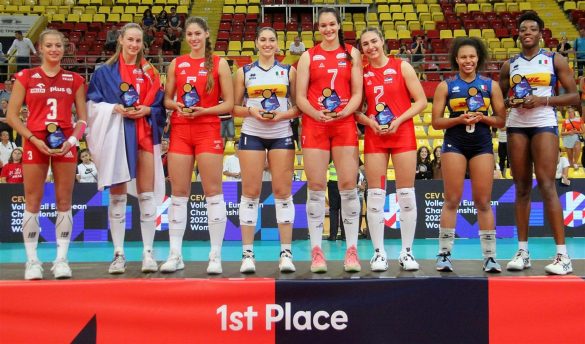 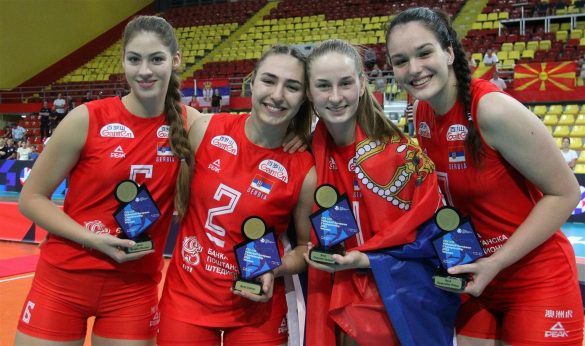 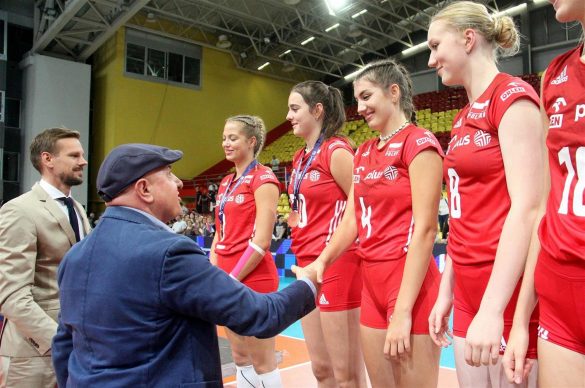 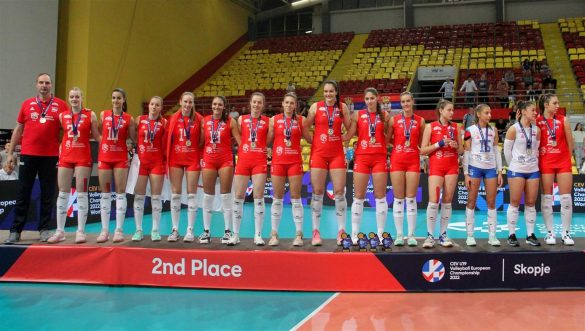 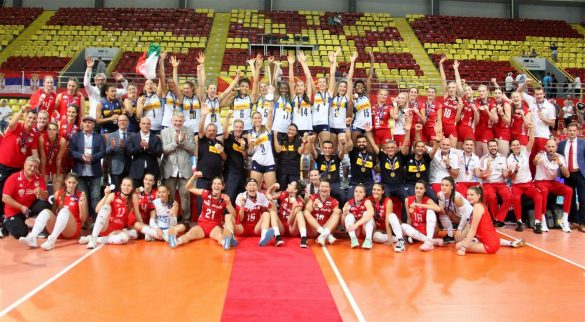