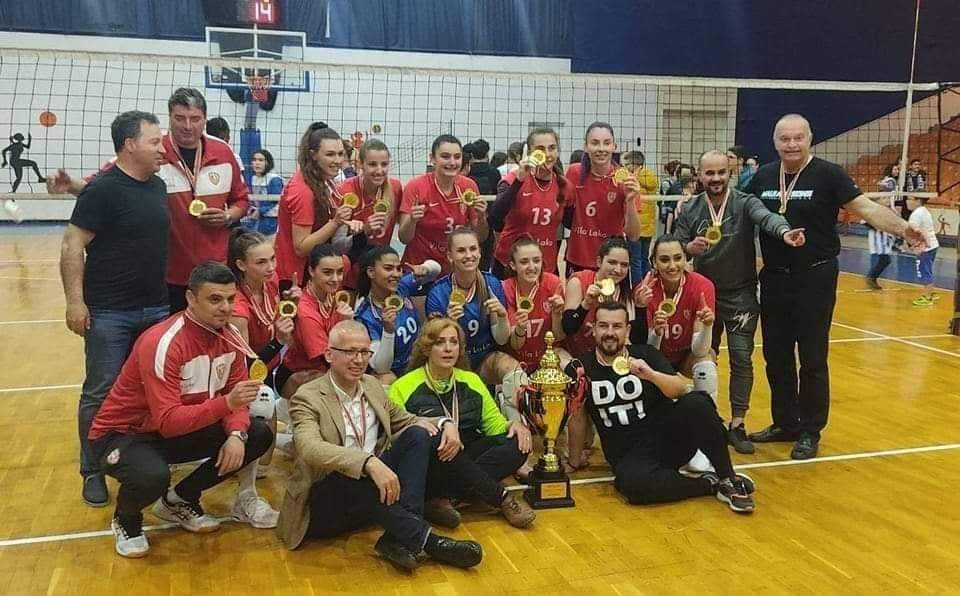 The 76th edition of the Albanian elite women’s national league, the Superliga, ended this past Saturday, crowning Skënderbeu as the winners, after the team from Korça settled the championship series in four matches. The players coached by Pandush Kapedani secured the sixth title in their club’s history, as the ‘Red-and-Whites’ won five back in the 80s, while this was their first such triumph in the last three decades.

This is the first title for Skënderbeu since 1986, the last time they had become champions. That was a truly special achievement, because the team from Korça was the only one that managed – doing so for two years in a row in 1985 and 1986 – to break the 18-year-old hegemony of Dinamo Tirana.

Regarding the final duel for the title, it was a confrontation with some contrasts. Skënderbeu closed the first match at home in three sets only, on the evening of April 28, proceeding three days later, on May 1, to lose in three sets to Tirana, in the second game played at the Feti Borova Sports Hall at the Olympic Park of Tirana. 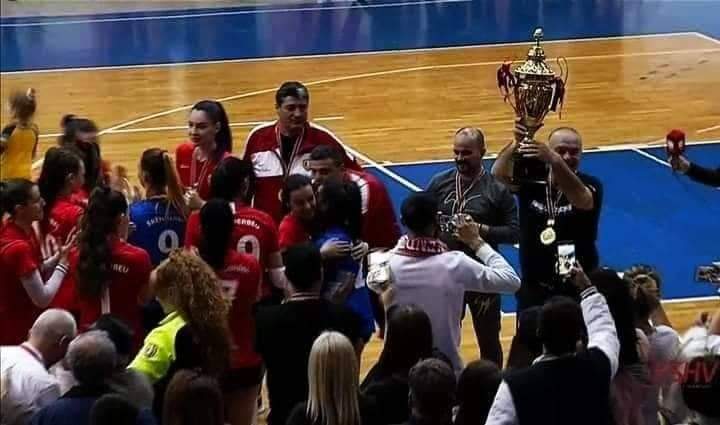 However, in the third round played in Korça on May 4, Skënderbeu responded well to cruise to an emphatic 3-0 victory, thus approaching the fourth match with the opportunity to seal the title. And it happened so on Saturday evening, on the floor of the Asllan Rusi Sports Palace in the capital, in what was undoubtedly one of the most beautiful, if not the most beautiful match of the season, lasting for about two hours. Skënderbeu prevailed, winning the first two sets, the first in 22 minutes, 25-19 and the second, 25-23. The “White-and-Blue” girls of Tirana coached by Amarilda Prenga-Sijoni responded by winning the third set (26-24) but the fourth started better for the travelling team, which maintained composure and won it 25-23 in 26 minutes, thus taking the match (3-1) and crowning themselves the national champions of Albania.

Congratulating Skënderbeu on their success, the President of the Albanian Volleyball Federation, Erlind Pëllumbi, praised both finalists for the high level that they displayed throughout the entire season, but especially during the play-off stage and its finals. For Pëllumbi, this was one of the best seasons of the last two decades. “Absolutely, this was a season of a very high level, both for men and women,” he said, speaking after the closing of the women’s championship.

“Of course, the main credit goes to the organisation of this season’s championship, but, especially, the valuable contribution given by the main actors of our sport, member clubs, who, through the investment they made in their teams, brought about a higher level of competition. Even the foreign players and players who became part of the Albanian teams this season brought new experiences and their combination with local players helped to further improve the quality of the game”, saidErlind Pëllumbi President of the Albanian Volleyball Federation

Pëllumbi has already turned his attention to the national team season and upcoming international events. “After a beautiful club season, we are already working for the participation of national teams in continental tournaments, but also on the organisation of two international tournaments for European and Balkan competitions. These will confirm our country on the map of international Volleyball, both in terms of sports as well as from an organisational standpoint,” he concluded.