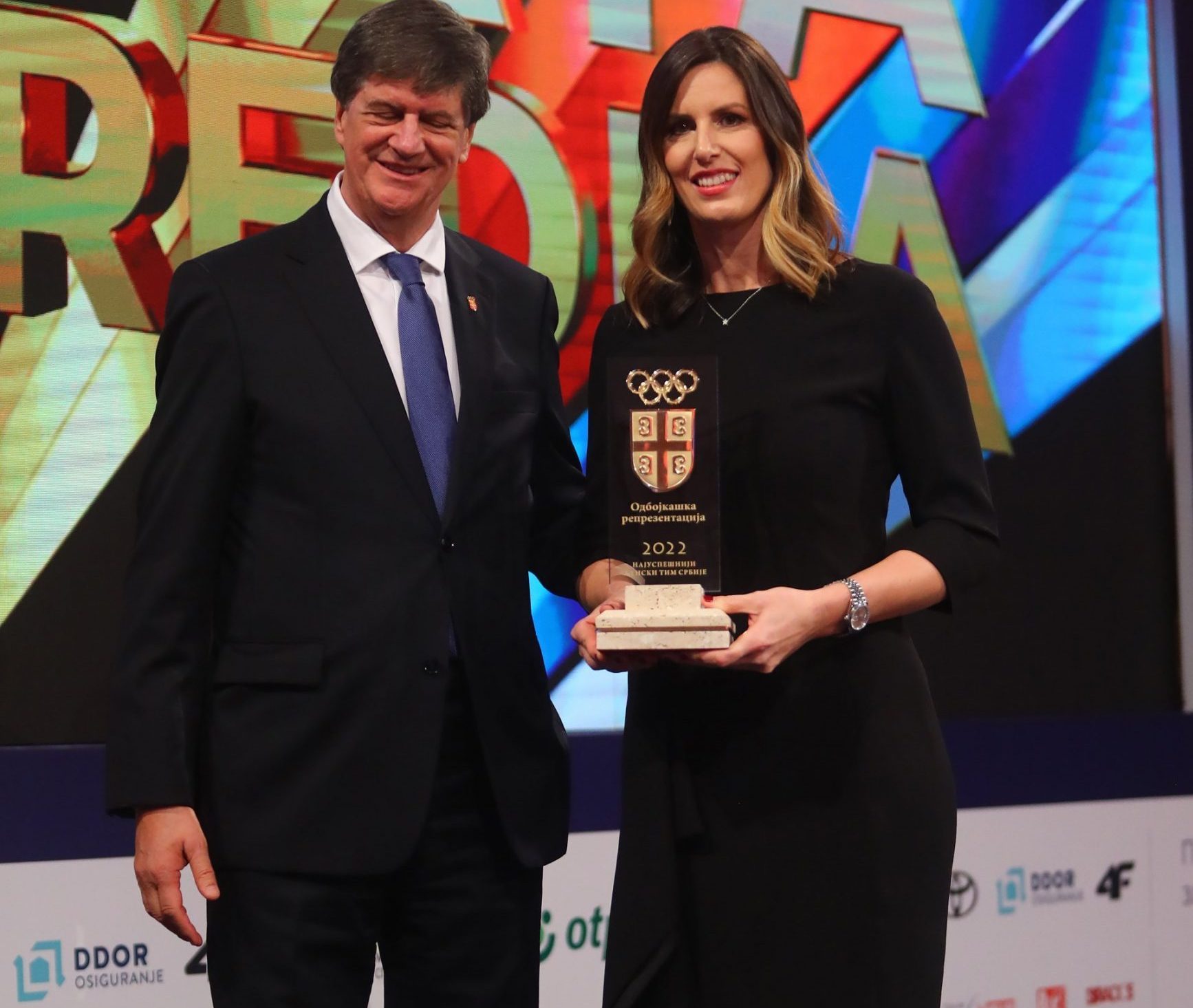 Tijana Bošković and the women’s national team of Serbia have claimed prestigious awards presented by the National Olympic Committee of Serbia in recognition of their achievements throughout the year 2022.

Team Serbia, two-time World champions (2018 and 2022) and bronze medal winners from the 2022 FIVB Volleyball Nations League, has received the accolade for the ‘Women’s Team of the Year’ for the 12th time in their history at a special ceremony organised at the National Assembly Building in Belgrade. Tijana Bošković, captain and opposite hitter of the team, was named the most successful female athlete across all team sports in 2022.

Jelena Nikolić, First Vice-President of the Volleyball Federation of Serbia (OSS), received the award for the most successful women’s team in Serbia from the hands of Žarko Zečević, Vice-President of the Serbian Olympic Committee. The Volleyball Federation of Serbia was represented at the ceremony by their President Gyula Mester, Secretary General Ivan Knežević, and Jelena Nikolić.

“I am very satisfied with this recognition because the girls who won the World Championship certainly deserved it. It was a historic success for us, winning back-to-back world titles, and now we will channel all our efforts to get the only medal that is missing from our collection, that is gold at the Olympic Games”, said Gyula Mester, president of the Volleyball Federation of Serbia. 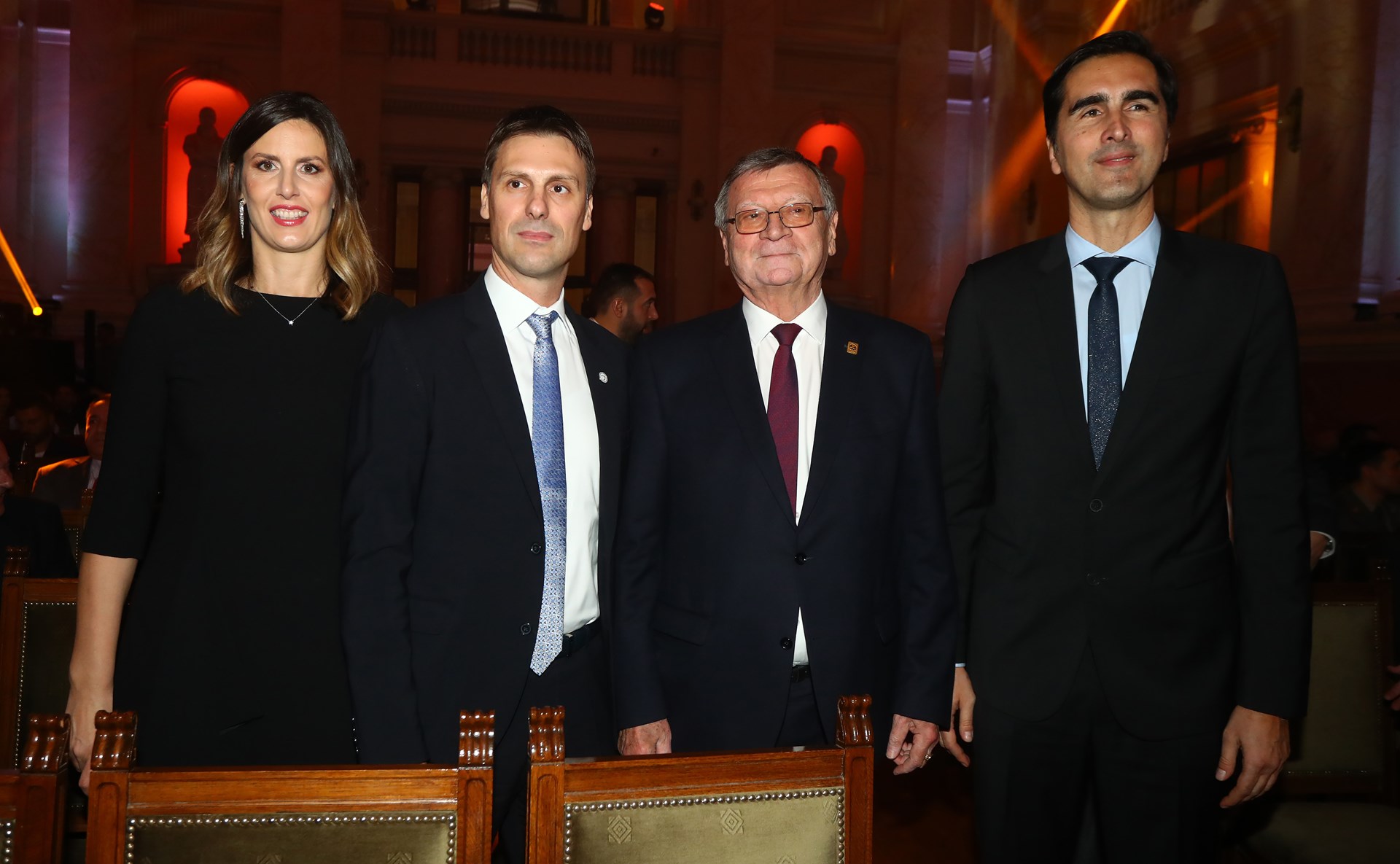 Tijana Bošković was unable to attend the ceremony, but she addressed the guests via video link. This is Tijana’s first award for the most successful female athlete across all team sports, and she previously received the recognition for the ‘Female Athlete of the Year’ in both 2018 and 2019. Tijana Bošković also received the award for the most successful young female athlete presented by the Serbian Olympic Committee in 2017.

“We are already used to getting this kind of recognitions and our ladies keep finding the way to bring joy to our people. Once again, we are on top of the charts, and believe me in Serbia there is some tough competition in sports, because we are a country producing excellent athletes and teams. This is a great motivation for us, but we are already looking into the future”, said Jelena Nikolic, first Vice-President of the Volleyball Federation of Serbia.