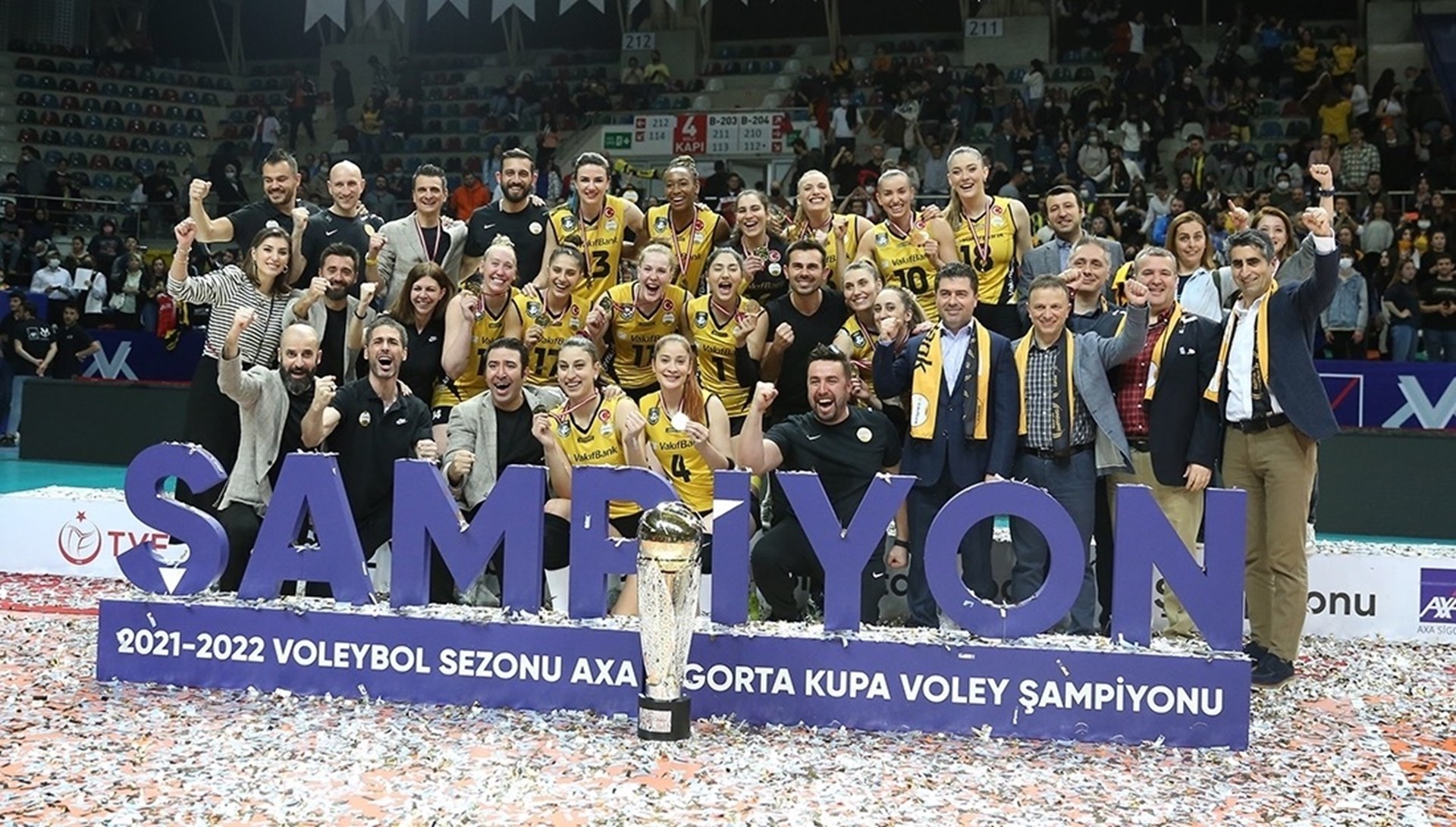 This weekend, we watched an exciting and contentious clash in the final of the Turkish Cup like we haven’t seen in the domestic tournaments for a long time.

The final four stage of the national cup in Turkey was held this weekend. The CEV Champions League Volley SuperFinalist VakifBank Istanbul and the semifinalist of Europe’s biggest tournament, Fenerbahce Opet, had no difficulties overpowering their rivals in the semifinal matches and defeated THY Istanbul and Eczacibasi Dynavit Istanbul, respectively.

These top two teams came face to face yesterday in the highly anticipated final battle. The encounter was -as expected- quite challenging, and both teams fought so hard to win the trophy. After the first four sets, the score was 2-2; therefore, the match was extended to the tiebreak set. However, in front of the almost 6000 fans in Ankara, VakifBank once again did what they had done in the Golden Set of the CEV Champions League Volley semifinals and beat Fenerbahce in the last breath (3-2: 21-25, 25-21, 25-13, 27-29, 17-15).

While each player on the court gave their best performance in both teams, there was an extraordinary performance of one of them: The MVP of the Turkish Cup, VakifBank’s Isabelle Haak played a spectacular game and scored a total of 44 points, including 5 aces and 1 block point with 56% attack percentage. It was also none other than Haak on the service line when VakifBank found 8-0 series in the third set.

Alongside 15 points Arina Federovtseva’s and experienced middle blocker Eda Erdem Dundar’s 13 points, 29 points of opposite Fenerbahce Melissa Teresa Vargas’s with 55% attack ratio were not enough for Fenerbahce for winning the title.