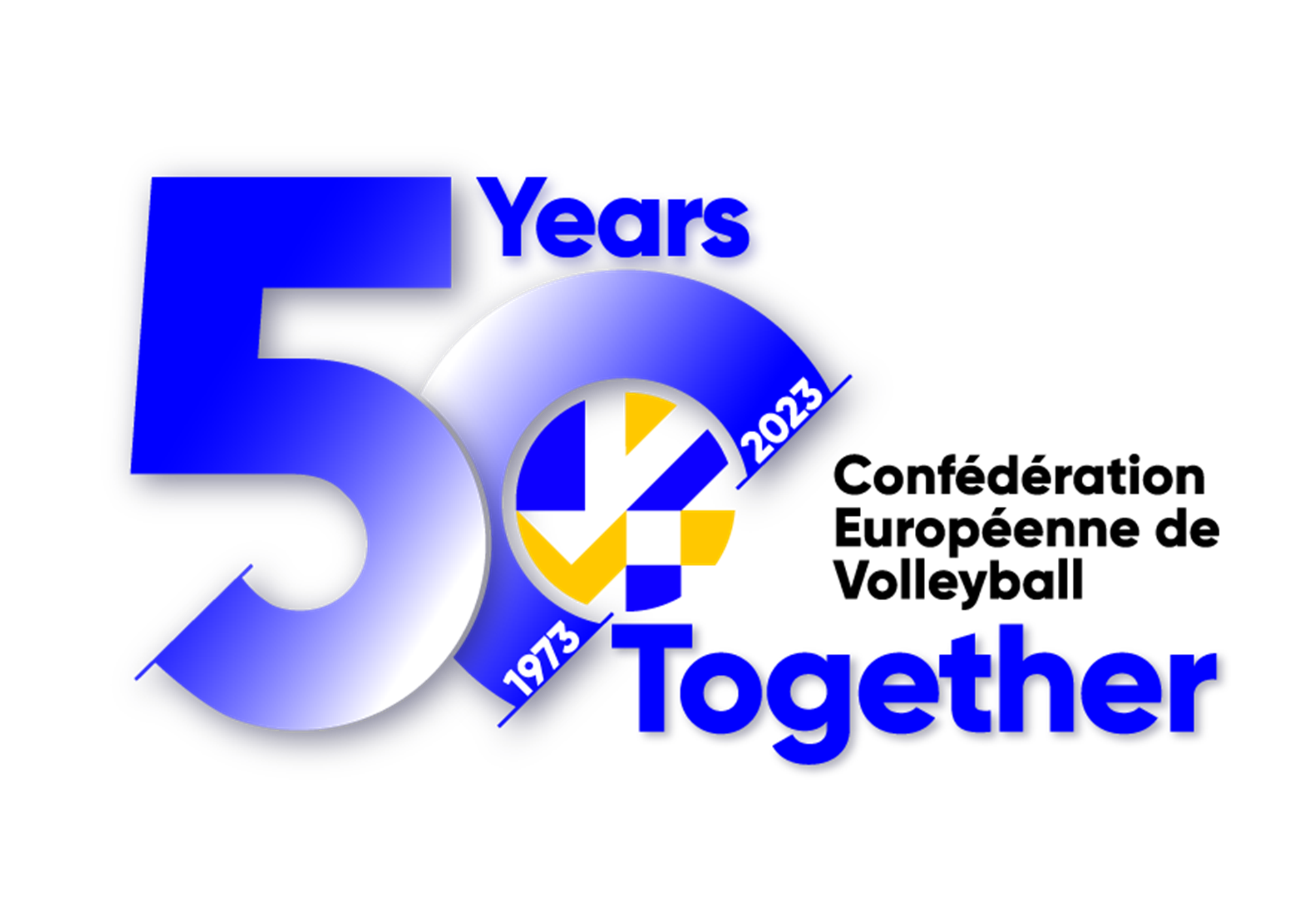 The year that has just begun is a truly special one for the European Volleyball family – as it coincides with the much-anticipated CEV’s 50th anniversary, a true golden jubilee for the whole of European Volleyball! Therefore, many special events and actions will be taking place throughout the coming weeks and months, starting with the revealing of the logo specifically designed to mark such a unique occasion!

The anniversary certainly is an opportunity to review and reflect upon what European Volleyball has accomplished since September 9, 1973 – when the CEV was officially established in The Hague. At the same time, as much as there are many memories to cherish and achievements to celebrate, the European Volleyball family does not want to rest on its laurels. On the contrary, the CEV’s golden jubilee is regarded as an exclusive opportunity to seize to accelerate the modernisation of the organisation, with 2023 expected to feature innovation and digitalisation as the most prominent themes across the board.

The iconic 50th anniversary logo will accompany us throughout the coming months and will be used extensively across all digital channels, as well as at CEV’s events and competitions to celebrate the legacy we have inherited from the founding fathers of European Volleyball as well as the continuous strive for excellence, progress, and modernisation shared by the current leadership!

As we wish a happy golden jubilee to the CEV and thank all those who have elevated the sport to such unimaginable heights, we can look forward to a truly special year filled with exciting moments and the very best that European Volleyball has to offer to fans, players, media, and friends alike!