“Red & black” captain continues her career in Serie A2, moving to the capital 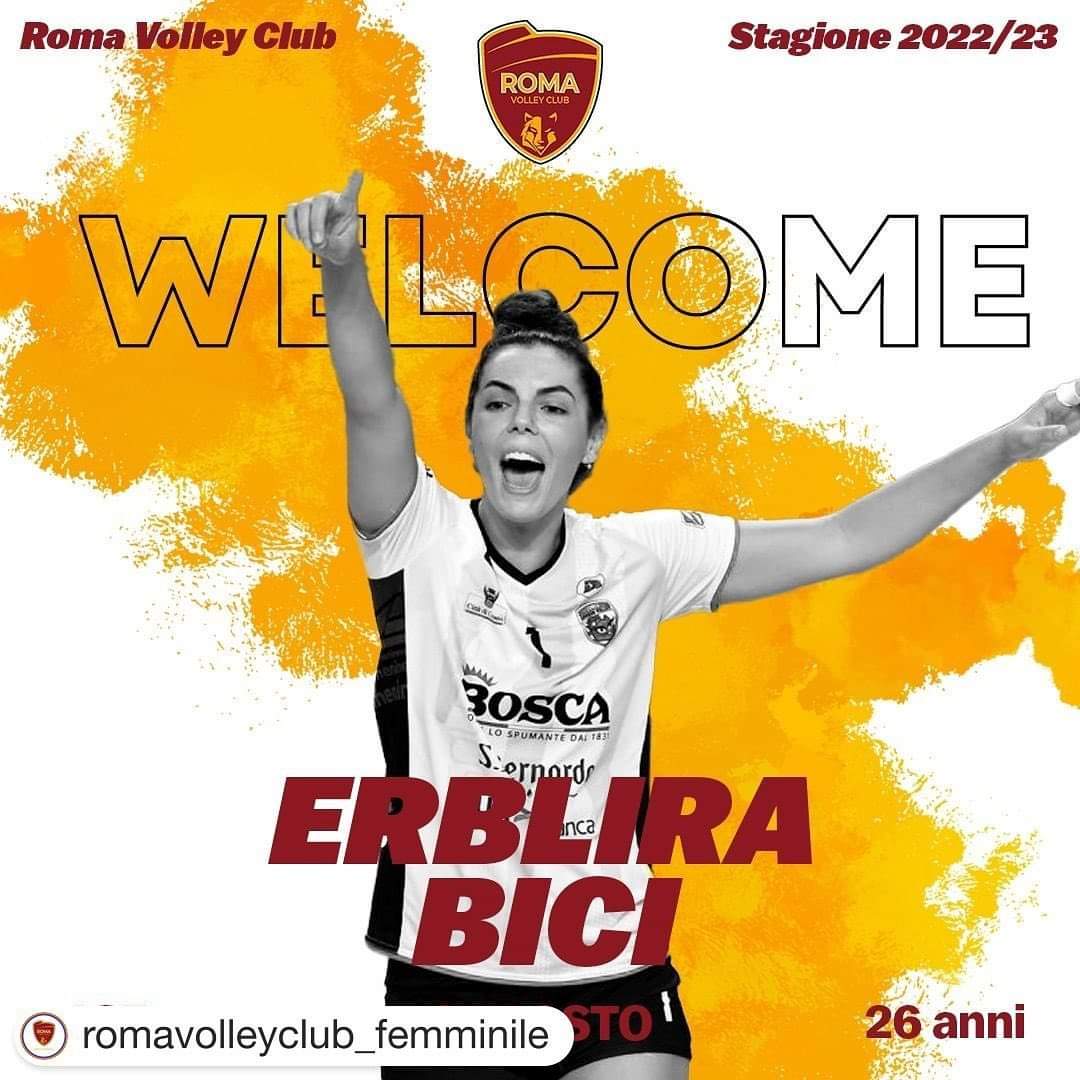 Albanian BVA volleyball Star Erblira Bici closed a satisfying season in the second tier of women’s volleyball in Italy, in Serie A2, as the best scorer of the Futuro Giovani Busto Arsizio team, with 446 points scored in 24 games, with an average of 18.6 points for each match. This performance has ranked her among the top 8 scorers of the Serie A2 and now she will begin a new adventure in Italy.

A day after announcing the end of the contract with Futuro Giovani Busto Arsizio, the 26-year-old has announced her new destination. It is Roma Volley, the team that aims to climb up as soon as possible to the highest level of the Italian Women’s Volleyball Championship.

And one of the main pillars of the project of the capital team is the captain of the “Red & black” Albania national, who, after 4 titles and 5 Albanian Cups won in the earlier years of her career, in 2016 moved to Italy, where it excelled in two seasons with LPM Mondovina in Serie A2, continuing to move to Serie A1 for another two seasons with Igor Novara.  With Novara, she won the Italian Cup and became the first Albanian to be crowned European champion. Then followed two more seasons in the Serie A1, with UYBA and Cuneo Granda Volley, while last season, she excelled in the A2 with Futuro Giovani Busto Arsizio.

The 186cm tall opposite is seen as a quality reinforcement for Rome, while the player herself has expressed her satisfaction for this move.

“I have been told very well about the club and the environment in it”, she said.

“Cuccarini is a well-known coach and the fact that he has asked for me, gives me pride. And I want to give everything for this team because I know that playing for Roma is a privilege and I can not wait to start. I know that Rome fans are special and I hope they expect and support not only me but all the girls. The only promise I can make to them is that I will give the maximum, in order to regain the A1 Series, winning and winning the A2 “, concluded BVA Star, Erblira Bici, speaking for the official website of Roma Volley.