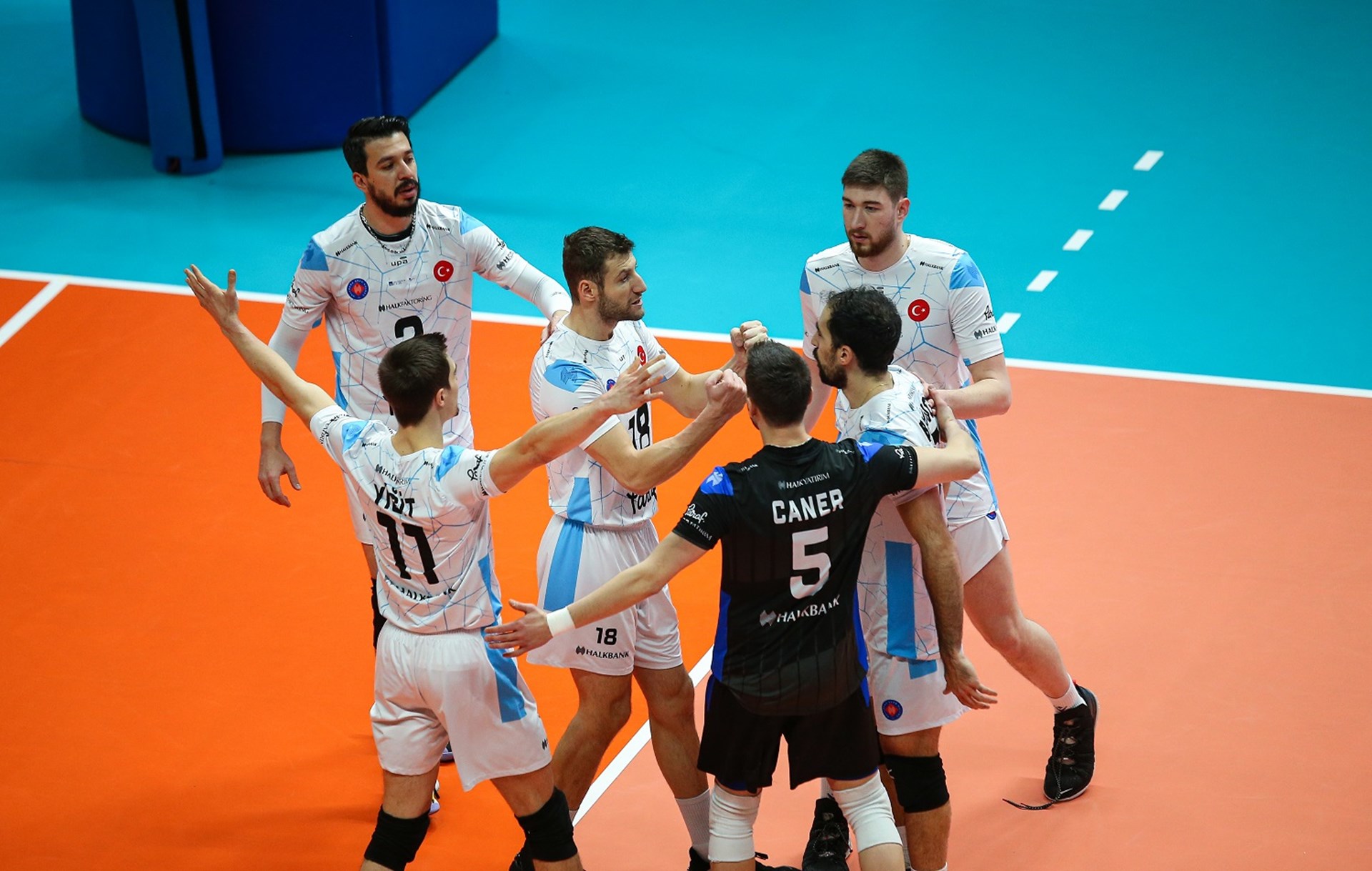 On Thursday afternoon, Halkbank ANKARA defeated TALLINN Technical University 3-0 (25-15, 25-23, 25-21) for a second time in as many matches to progress to the semi-finals of the men’s Challenge Cup. Ankara residents are now waiting to know the name of their team’s opponent in the semis.

“We are happy, as we have overcome another obstacle on the way to the final. We dedicate this result to our community”, said Aslan Ekşi, Setter of Halkbank

The players from Tallinn agreed that they liked Ankara and the opportunities offered to them during their stay as well. Halkbank Club Director Ali Şenocak presented the visiting team with a number 19 Halkbank jersey with TAL TECH displayed on it, as the Estonians had travelled to Turkey’s capital city with a delegation of 19 people.

“We want to mark this season with glory. That is why we want to enrich our museum by becoming the eventual champions in the Turkish national league as well as in the Challenge Cup”, said Abdullah Cam Player of Halkbank