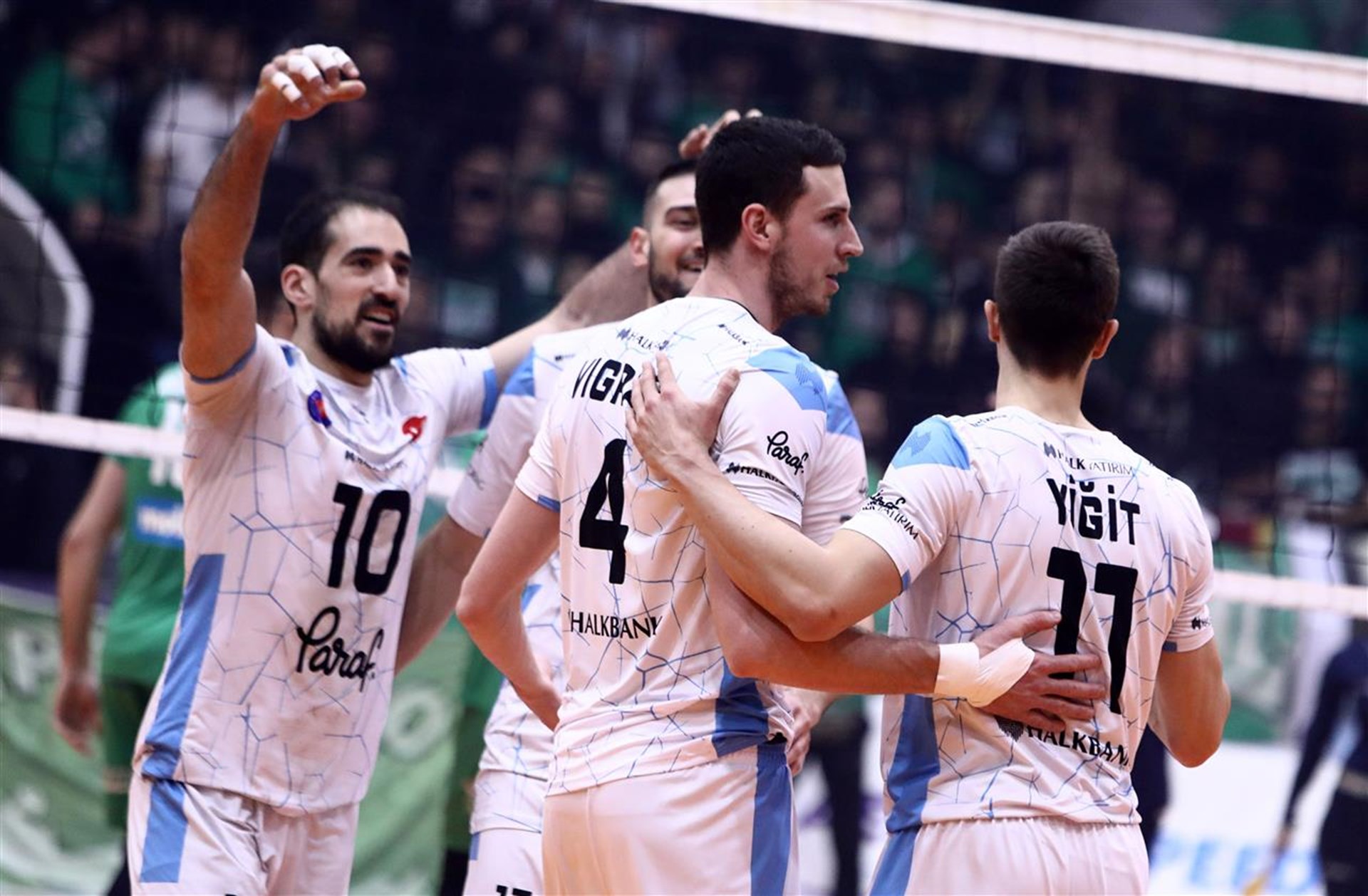 Halkbank easily punched their ticket to the final as they claimed the first two sets from their re-match with Panathinaikos AC ATHENS and that was enough to seal their spot in the last stage of the competition. The team from Turkey’s capital eventually recorded a 3-2 victory in Athens to keep their perfect record in this year’s Challenge Cup.

“Thanks to all the Panathinaikos fans; they were amazing even when we lost the first two sets. A big thank you to the crowd because they stayed until the end. We tried our best, but Halkbank is a very good team, with strong and experienced players. We did our best and now we keep on going to achieve the rest of our goals, i.e. winning the championship and the national cup”, said Axel Jacobsen, setter of Panathinaikos.

“We are happy to make it to the finals. The atmosphere today was amazing. All this experience was magical and that’s why I applauded at the Panathinaikos fans after the game”, said Fernando Hernandez Ramos, player of Halkbank.