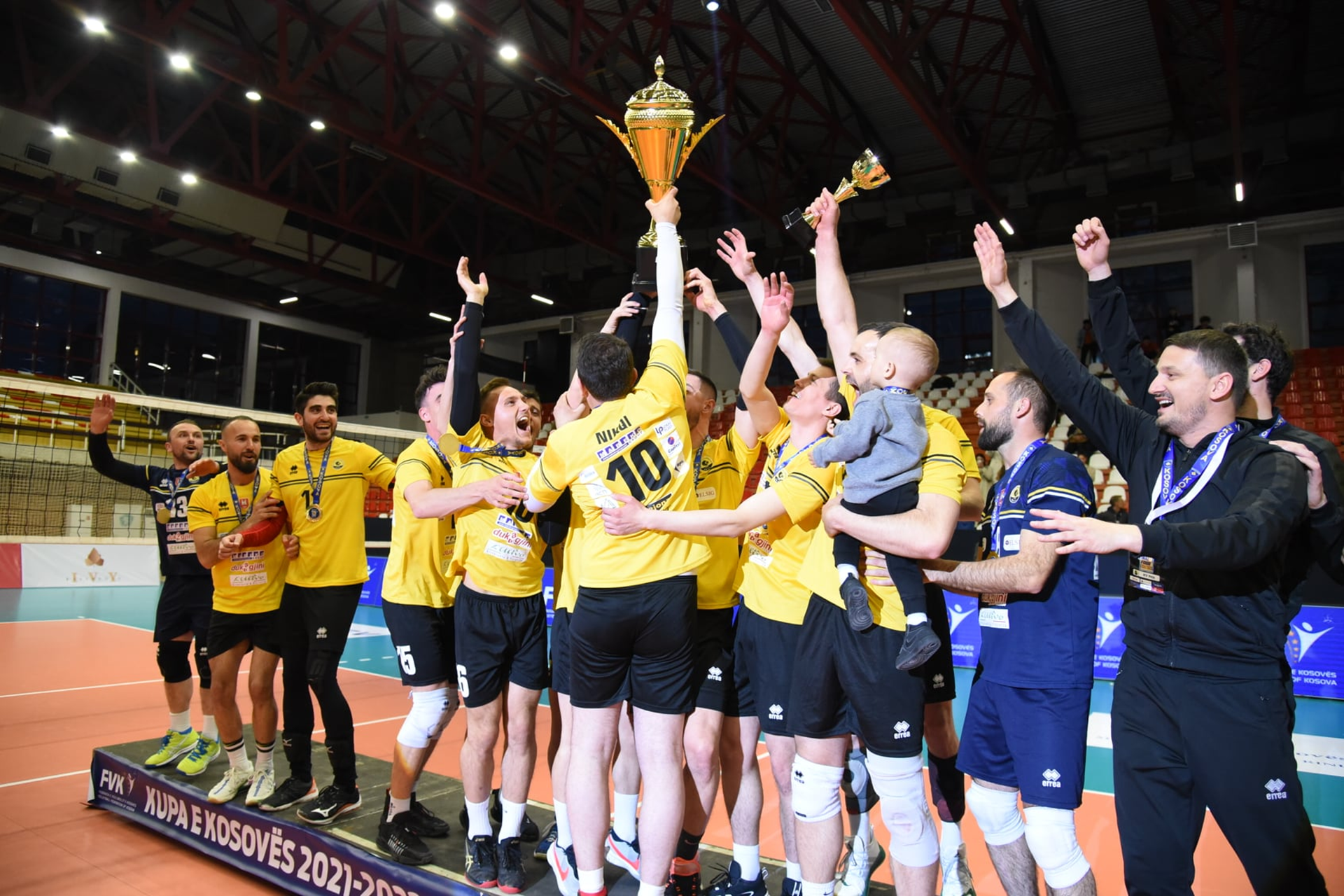 KV PËJA were obviously the dominant force in this year’s Kosovo men’s national league and they recently completed their run in the championship series with KV Luboteni FERIZAJ with a clean sweep of three wins in as many matches. Their last 3-0 triumph (25-21, 25-22, 25-16) was even more comprehensive than the 3-1 victories they had celebrated in the first and second round of the final playoffs.

This success completes a perfect season for the team – as only a few weeks ago they had won the national cup title as well.

The Secretary General of the Kosovo Volleyball Federation (FVK), Mr Valon Nikqi, and the member of the FVK Board of Administration, Gazmend Husaj, awarded the winners with the gold medals. FVK President Bahri Gjinovci presented the most prestigious trophy in Kosovar Volleyball to the captain of KV PËJA, Agron Nikçi, before a real party followed in front of a large number of home fans.

The President of the Municipal Assembly of Pëja, Rexhep Kurtbogaj and FVK Board of Administration member Abedin Mehani awarded the players of KV Luboteni FERIZAJ with the silver medals for the runners-up of the competition.