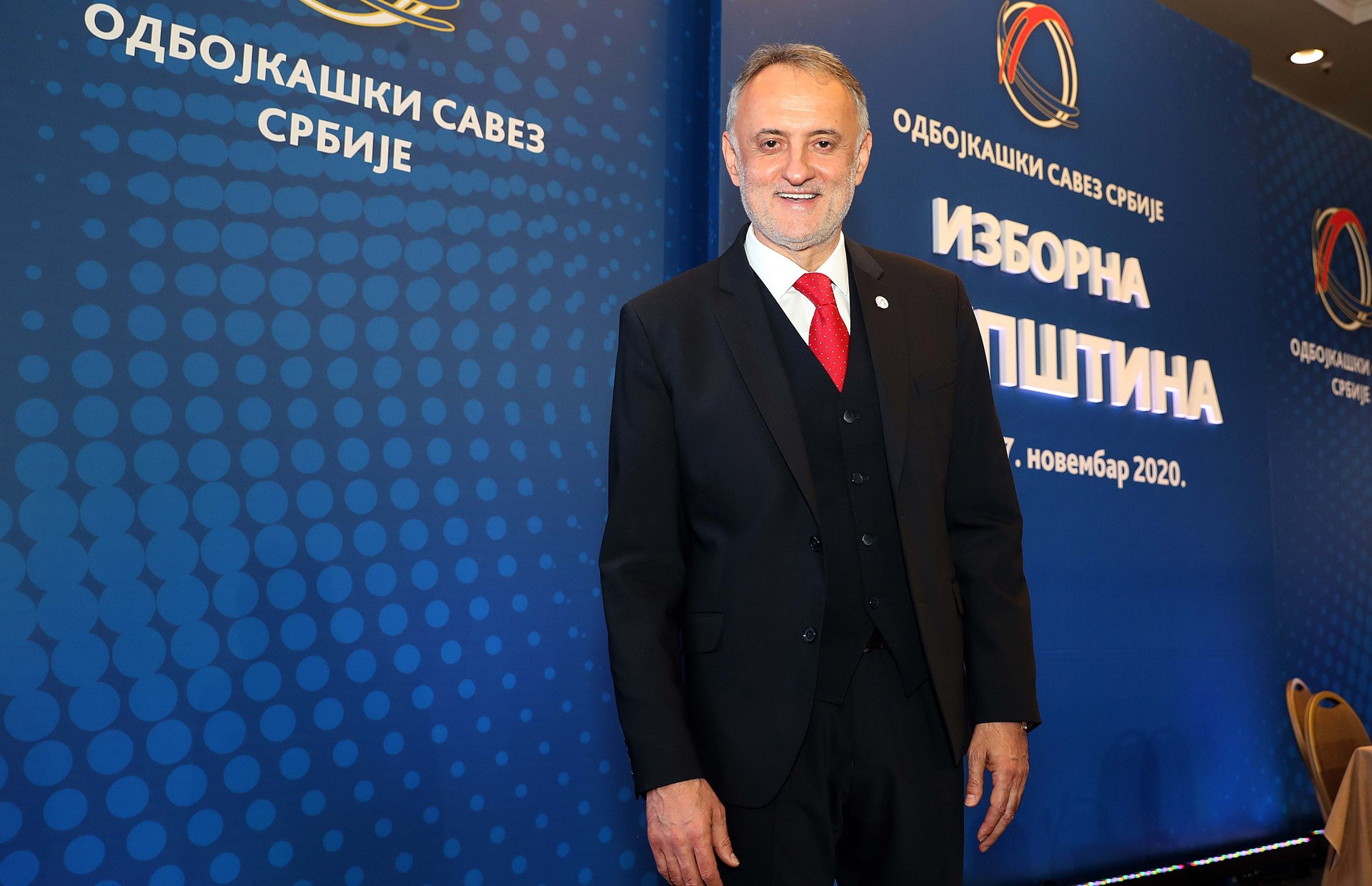 The President of the Republic of Serbia, Mr Aleksandar Vučić, announced this past weekend the composition of the newly formed government of the Balkan country, with Zoran Gajić, the President of the Volleyball Federation of Serbia (VFS) since late November 2016, appointed as the new Minister of Sports.

Between 1987 and 1992, he was the coach of the junior men’s national team of Yugoslavia.

As part of his educational work, Gajić has lectured at many seminars in the former Yugoslavia, and subsequently in Serbia, Bosnia and Herzegovina, Slovenia, Greece, Turkey, Russia, Iran, and Hungary, on topics ranging from basic Volleyball techniques to working with top teams.

Throughout his club career, Zoran Gajić won eight national championship titles in the former Yugoslavia, Greece, Turkey, Russia, and Azerbaijan, and three National Cup titles in Yugoslavia, Greece, and Turkey. From 1989 to 1993, Gajić was the head coach of Vojvodina NOVI SAD, winning both the Championship and Cup titles in 1992, and another Championship title in 1993. From 1993 to 1995, he was the head coach of the elite Greek club Aris from Thessaloniki. For two years in a row, in 1994 and 1995, he was the vice-champion of Greece, and in 1995 he participated in the Final Tournament of the CEV Cup Winners’ Cup. From 1995 to 1997, Gajić was the coach of AVC ORESTIADA, playing in the CEV Cup Final Tournament in 1996, and finishing as the runner-up in the Championship and the Greek Cup in 1997. From 1998 to 2000, he coached Olympiacos PIRAEUS, winning both the National Championship and the Greek Cup in 1999, and another Championship title in 2000. He returned to work with ORESTIADA in the 2000-2001 season, finishing fourth in the Greek championship.

From 2002 to 2004, Gajić was at the helm of Arcelik ISTANBUL, winning the title of Turkish Champion and the Turkish Cup in 2003. The following season, he won the national championship title in Russia with Belogorie BELGOROD (where he stayed until January 30, 2005, when he was appointed as the head coach of the Russian national team).

From 2007 to 2009, he worked with Iskra ODINTSOVO, finishing as the runner-up in the Russian Championship in 2007 and 2008 and in the Russian Cup in 2008. With this very same team, Gajić took third place in the Final Four Tournament of the CEV Champions League in 2009 in Prague. Further to this, he coached Ural UFA from 2009 to 2011 in his latest Russian stint.

In 2011 and 2012, and then from 2014, Gajić was the head coach of the Azerbaijani club Rabita BAKU, achieving the greatest success in the club’s history in 2011, when he became the World Club Champion at the FIVB World Championship held in Doha (Qatar). Mr Gajić won two Azerbaijan championship titles with Rabita, doing so in 2012 and 2015.