Serbia, Bulgaria and Greece to fight for the #EuroVolleyU20M crown 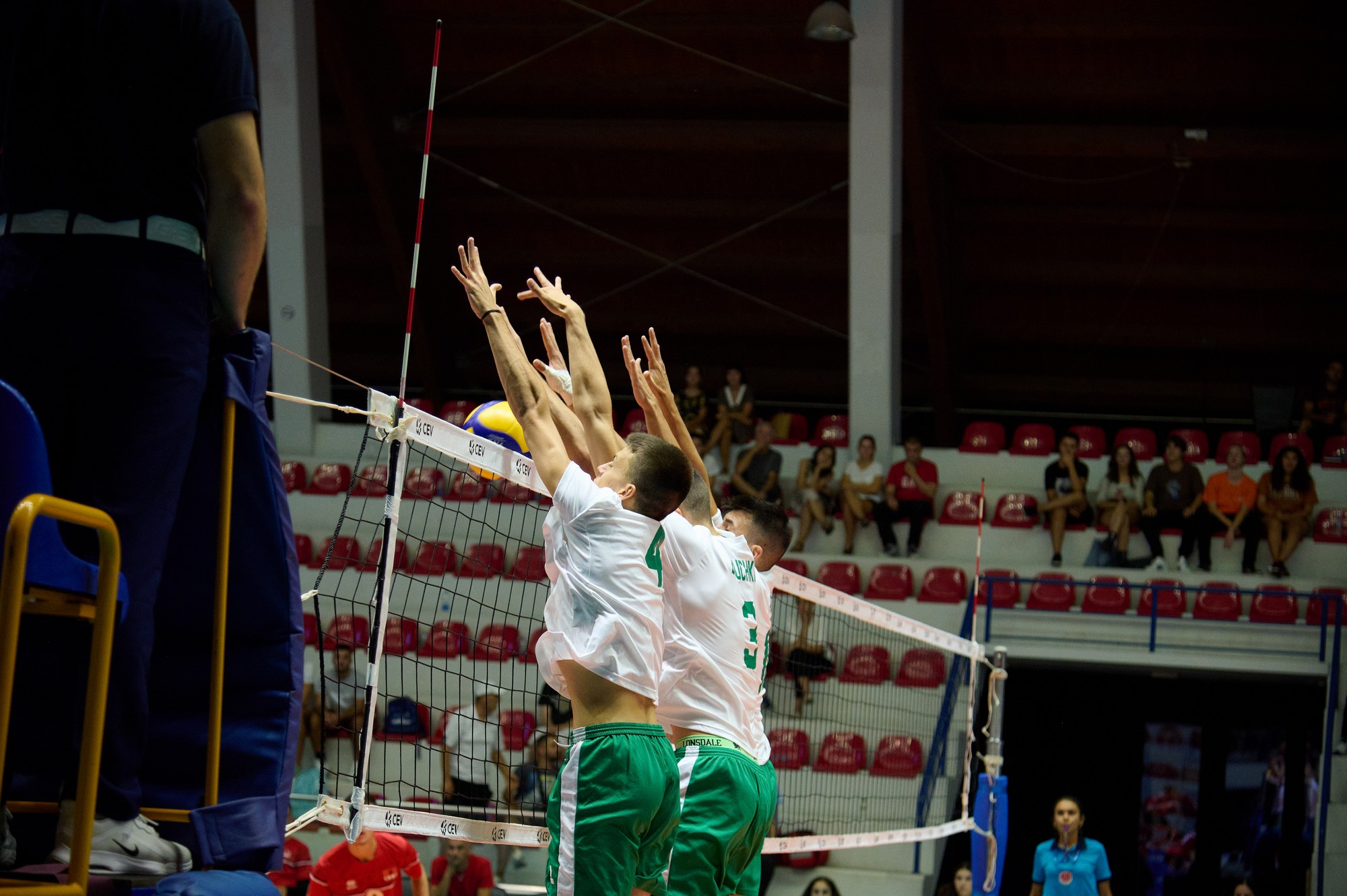 After an exciting Volleyball summer in the underage groups, the last event for 2022 in the age group European Championships is set to take place in the course of the next days. The 12 top men’s teams U20 will meet in Italy, in the picturesque Adriatic resorts Montesilvano and Vasto, where from September 17 to 25 the Final Round of the CEV U20 Volleyball European Championship 2022 – Men, will be happening. The U20 European Championship Finals will return to Italy for the first time since the 2000 edition.

12 teams, composed by players born on January 1st 2003 or thereafter, will lock horns on the road to achieving the big goal.

The 12 qualified teams are divided into two pools. 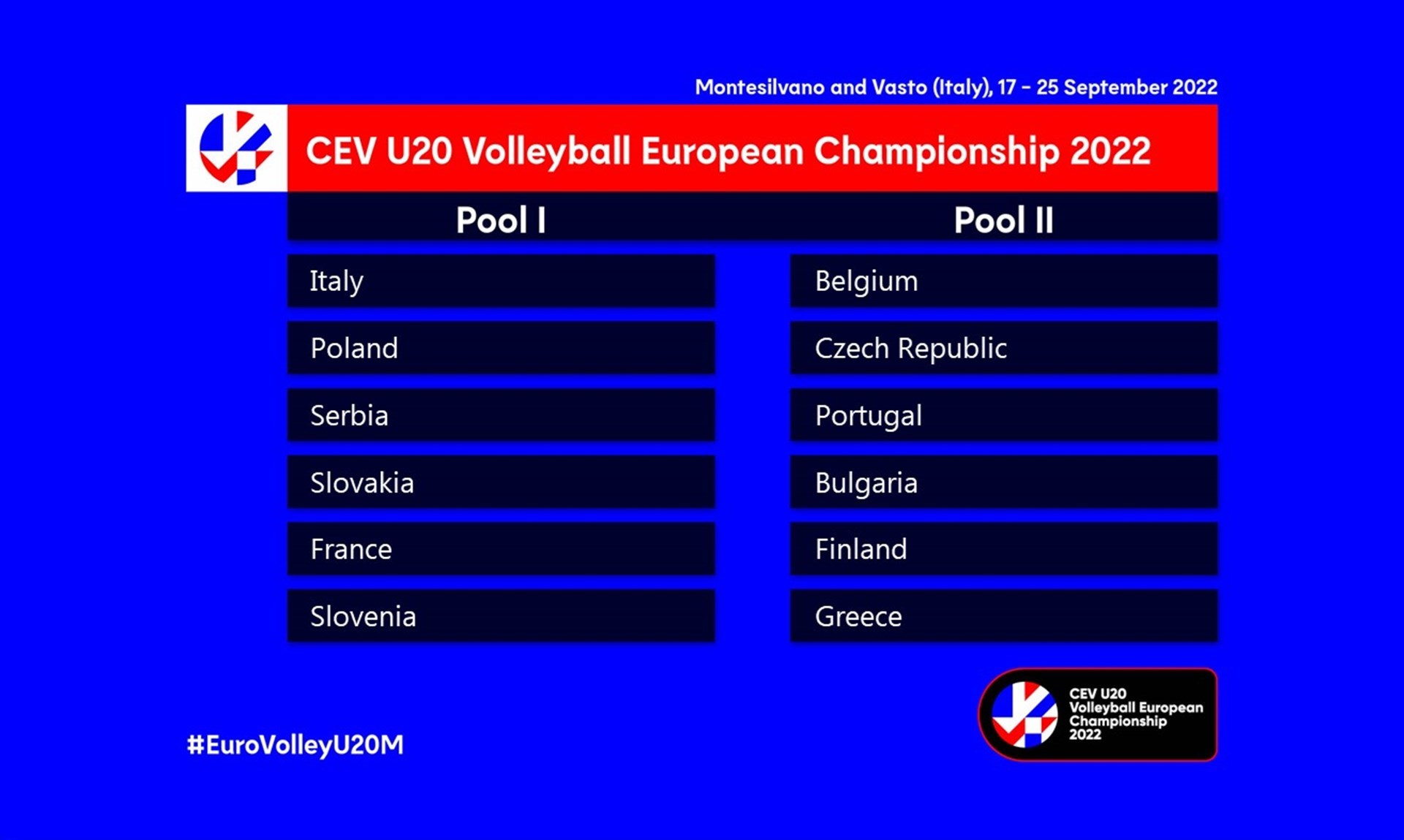 The two best teams from each pool will play at the semifinals 1-4, while the third and the fourth from each group qualify for semifinals 5-8. The winners from semifinals 1-4 proceed ahead to the Gold Medal Match, and the losers enter the battle for the Bronze.

The Road to the Final Round

Italy will enter the battles motivated to show their full potential, and to write a new page in the history of the 2022 Italian Volleyball Summer. 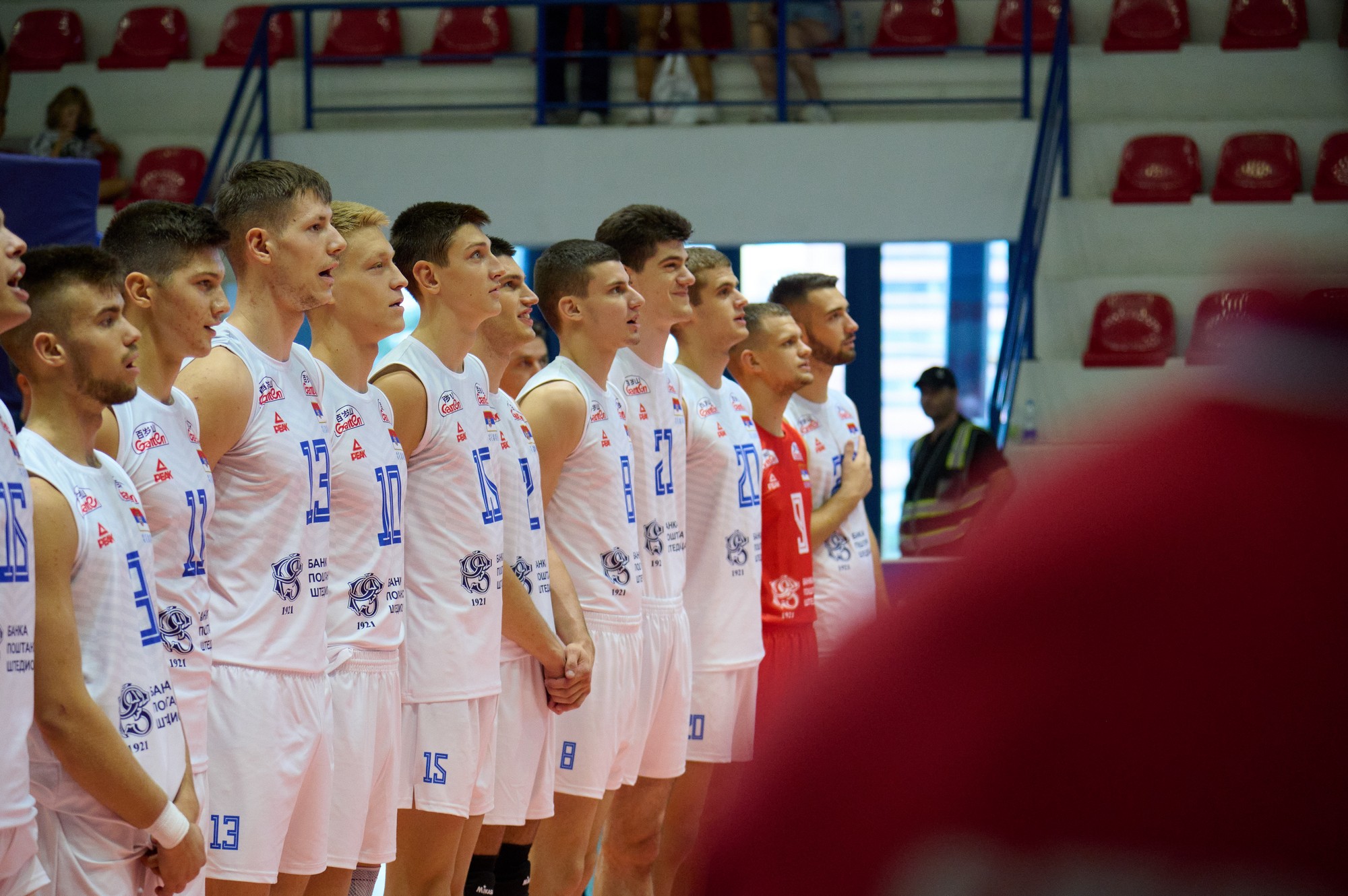 Following in Poland’s steps, Serbia also won the Qualifier they hosted as they faced France, Greece and Austria. However, they had it more difficult, as they secured a place at the Final Round after two tie-break wins and one 3-1.

Luka Stankovic performed in three matches (10 sets), and recorded 46 points, meaning he would score an average of 4.6 per set. 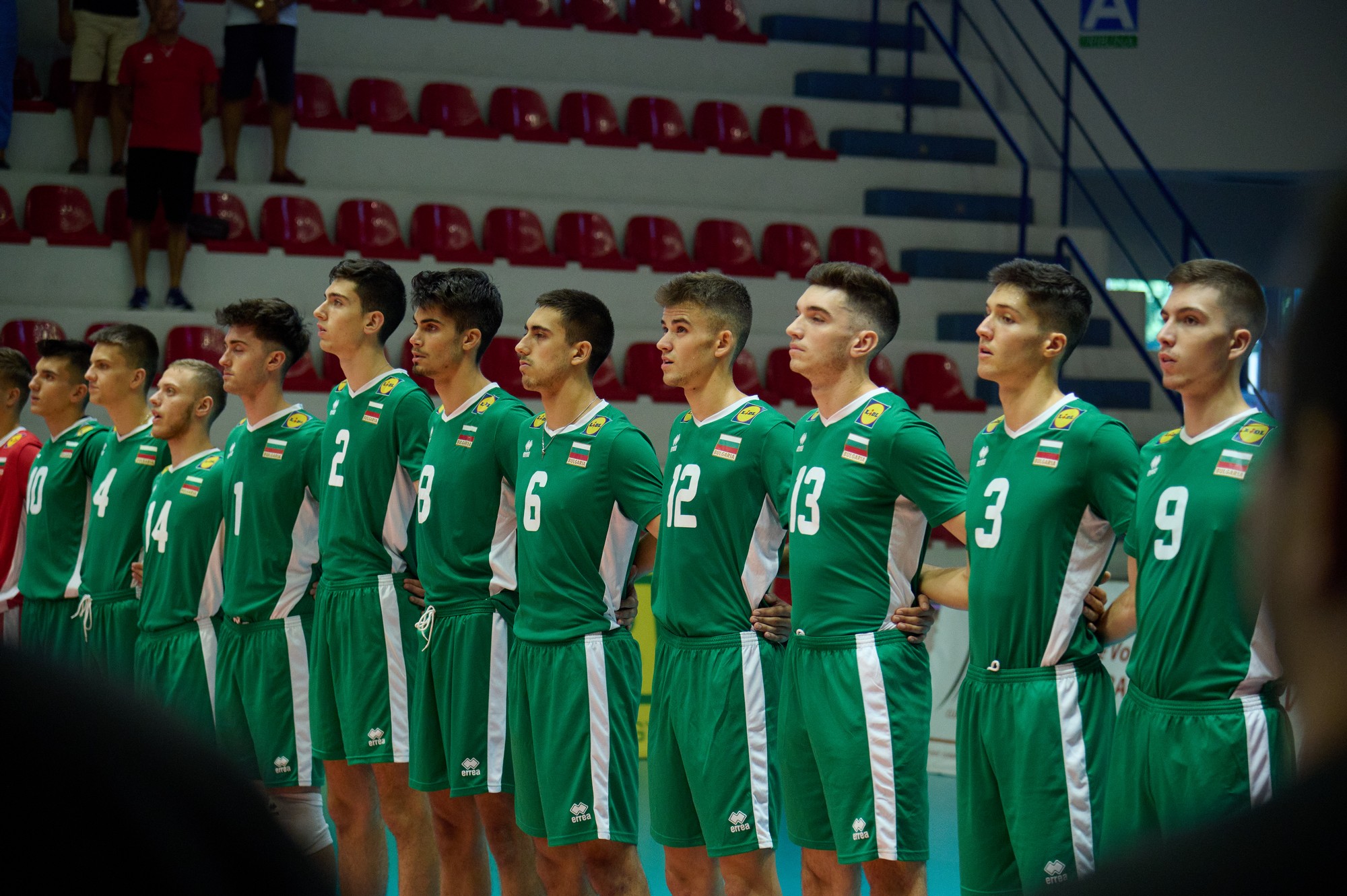 U19 vice world champions, Bulgaria didn’t disappoint home crowds in the Qualifier that took place in Sofia. They did not leave any chances to their opponents from the Netherlands, Denmark and Estonia, beating them all at 3-0, and flying to the Final Round. Just before the start of #EuroVolleyU20M the Bulgarians won the Balkan Championship, and are ready to enter the European Championship battles.

Vladimir Garkov led the team in this Qualifiers campaign, becoming the top scorer, with 36 points to his name in nine sets (an average of 4 per set). 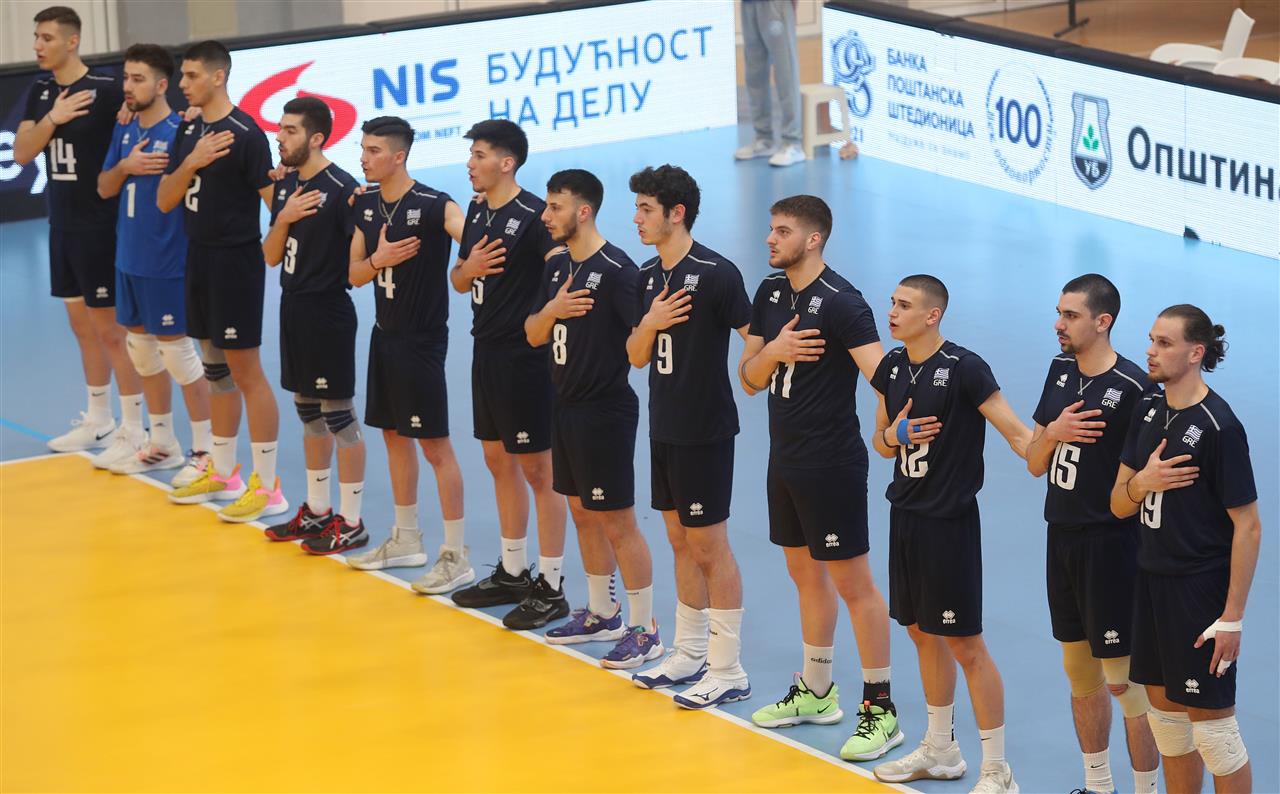 Greece hosted the 3rd Round Qualifier in Pool I, in the company of France, Sweden and Germany. The last chance to book a ticket at the Final Round was seized by team France who recorded two straight-sets victories and one 3-1.

The hosts also secured a spot at the most important matches, after finishing second in the Pool.

Many interesting matches coming up next, as some of the future stars of men’s European Volleyball will fight for the title at #EuroVolleyU20M. Follow the action live on EuroVolley.TV (from semifinals on), and keep updated on the dedicated webpage&on our social media channels.