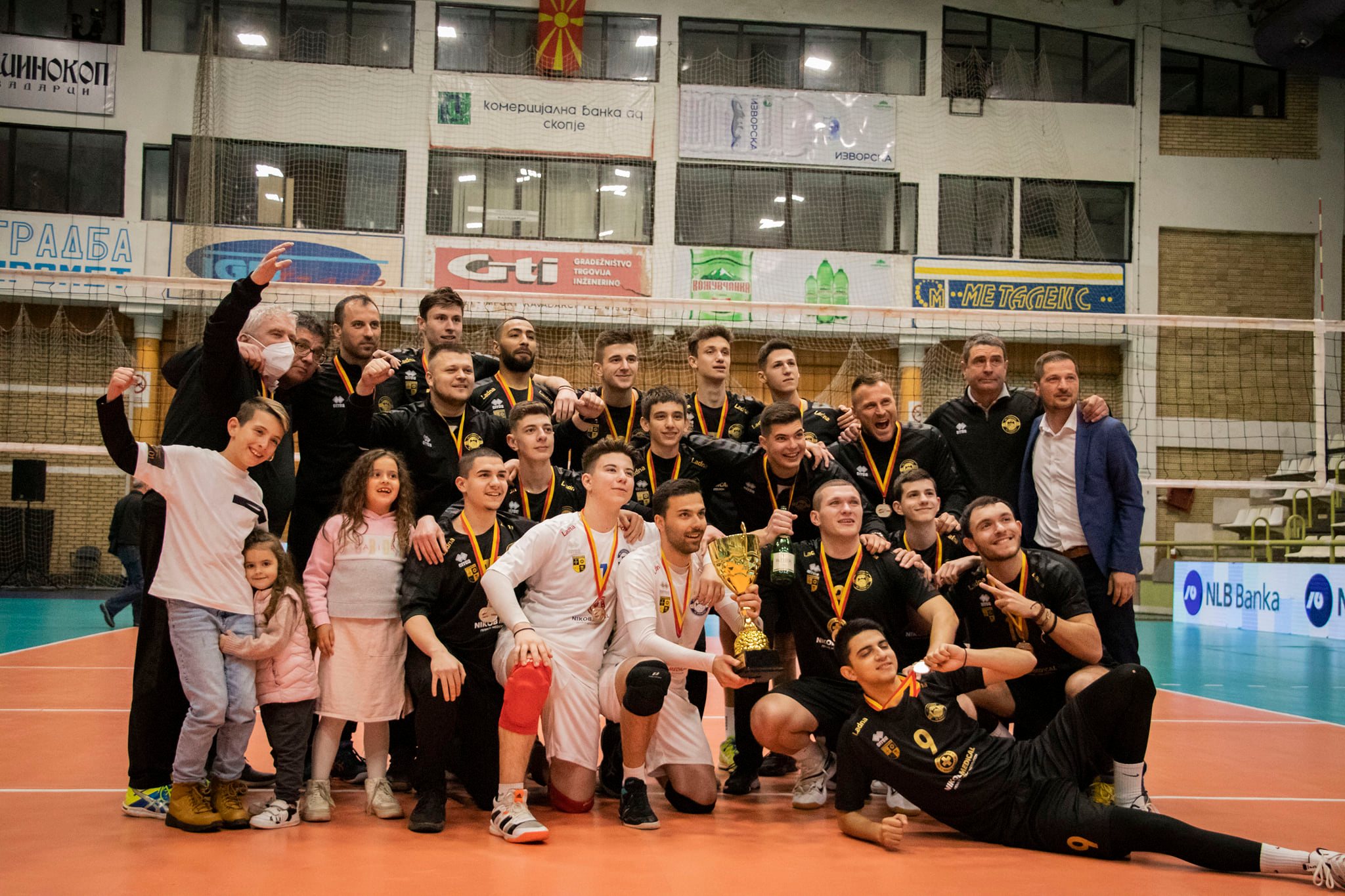 Winning smiles for Strumica 47&72 and Rabotnicki Skopje after the Final tournament of  Macedonian national Cup 2022.

On Sunday it was celebration time for men team Strumica 47&72 and for women team Rabotnicki Skopje. These two teams won the 29th Macedonian Volleyball Cup after being the best at the three-days Final tournament in the “Jasmin” sports hall in Kavadarci.

Volleyball Federation North Macedonia this year decided to organize the event in a city where there is no volleyball team, and thus try to promote volleyball there and conquer new spaces.

“Our idea was to organize the event at a level that suits the national team competition. In the city of Kavadarci in the last three days, volleyball was number one sport. Different topics has been raced, although sometimes the questions were at elementary level, for example, how many points are played in one set, but with the help of our media partner Macedonian Radio and Television, I think we achieved the goal,” said Zoran Karanovic, secretary general of VF North Macedonia. 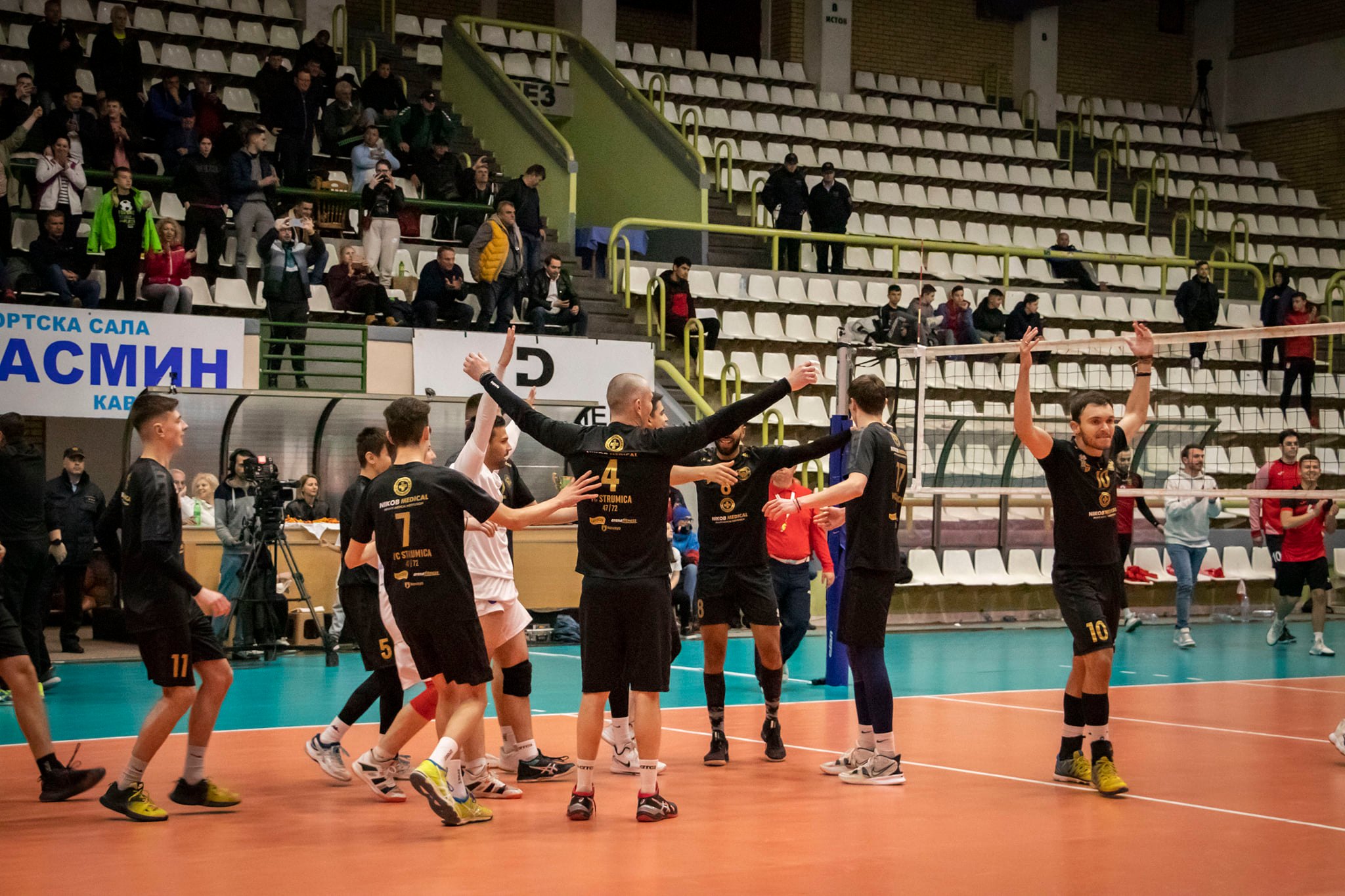 And there is no doubt that the first goal of the season was met by Strumica 47&72 and Rabotnicki Skopje. The current Macedonian champion defended last year’s title and put the 16th trophy in own showcase, thus confirming the dominance in Macedonian volleyball in the last decade. The team from city of Strumica in the final defeated Vardar 3:0 (25:21, 25:12, 25:17), and before that in the semifinal on Friday was better than Shkendija 3:0 (25:18, 25:18, 25:12) in the duel of the two best teams in the Championship. The internationals Zlobin, Ben Taleb and Meirelles and the Macedonian national team players Milev, Eftim Richliev, Kostadin Richliev and Nakov did not have equal rival in the final tournament and are considered the biggest candidates to win the championship throne.

“We confirmed that we are the best Macedonian team. I am satisfied because we achieved two convincing victories, it was not easy at the beginning of the matches because we had little pressure to justify the favorite role, but we had the quality to withstand all challenges”, commented the coach of Strumica 47&72 Kiril Richliev who was at the helm of the team in winning all 15 trophies since 2012, eight of which are in the Macedonian Cup.

The next goal for the Strumica volleyball players is to win the national championship, first step is the semifinal against the University of Tetovo team, which was eliminated by Vardar at the tournament in Kavadarci after five sets.

In the women’s final Rabotnicki Skopje was better than last year’s winner Janta volley Kisela Voda with 3:1 (19:25, 25:23, 25:23, 25:23) and repeated the success of 2019 when a double crown has been celebrated. The women’s part of the tournament brought together the best four teams from the Championship, and the draw decided that the semifinal pairs in Kavadarci would be identical to those from the First League. On Saturday, Rabotnicki Skopje defeated the team of Strumica women 3:1 (12:25, 25:16, 25:19, 25:17), and the current champion Janta volley Kisela Voda eliminated Nakovski volley after four played sets 3:1 (25:21, 16:25, 25:18, 25:23), but in the sixth cup final in the club’s history failed to lift the trophy for the winner for the second time. Stojanova, Batalakovska, Lazarova, Pavlovska, Popjordanovska, Jonuzi, Djurdjevic brought the third trophy to Rabotnicki Skopje’s showcase.

“It was really difficult to play two matches with strong opponents in 24 hours, but we succeeded. We had a proper plan, we stuck to it, when things did not go well we were psychologically stable and we succeeded. I am overjoyed for this success of the club”, said the coach of Rabotnicki Skopje Dusko Despotovski. 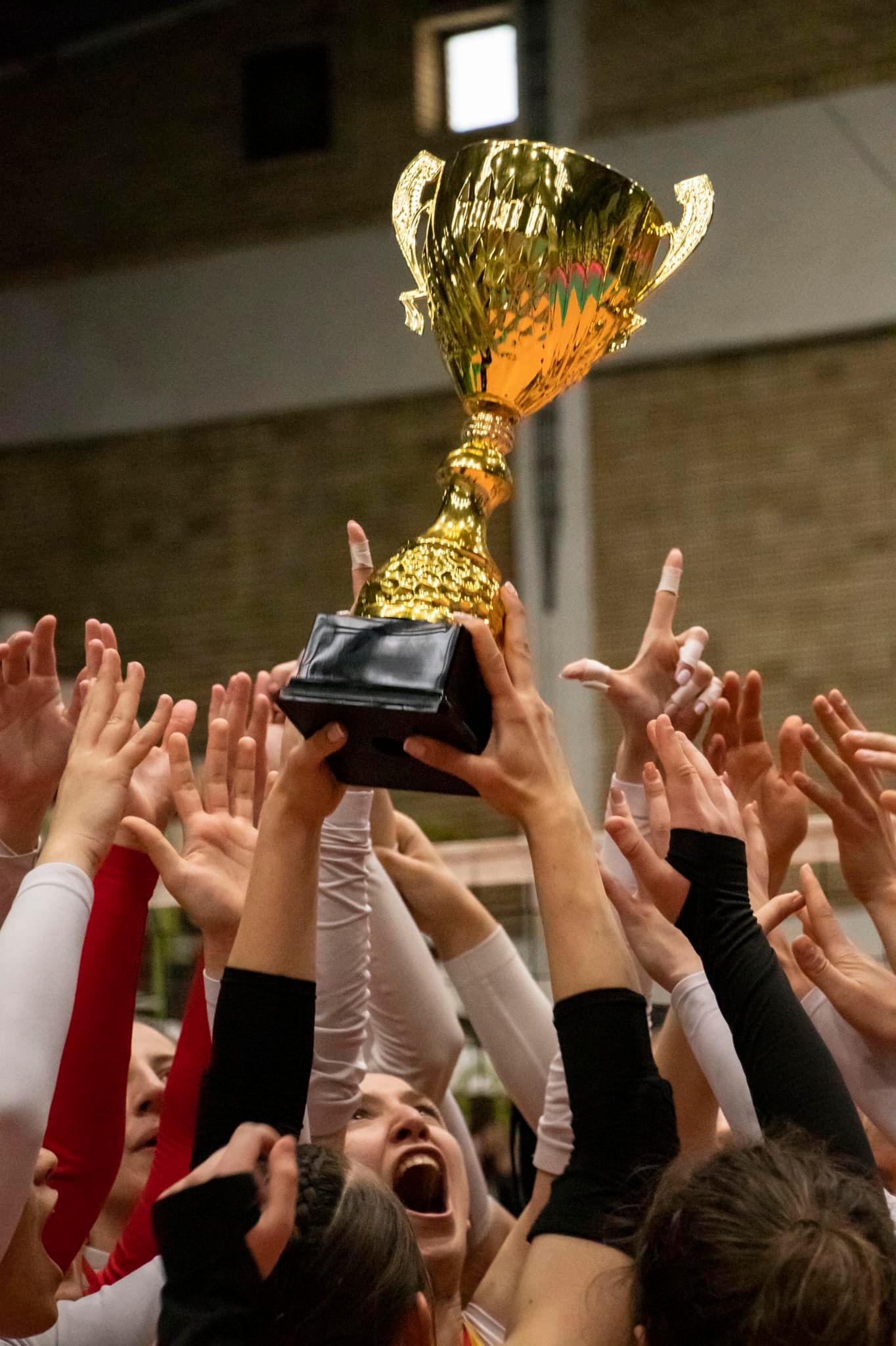 The busy period of the volleyball season will continue with the race for the championship throne, and then the Macedonian Men national team will enter the stage with a new attempt to win the CEV European Silver League. The whole  Macedonian volleyball family hopes for that success.