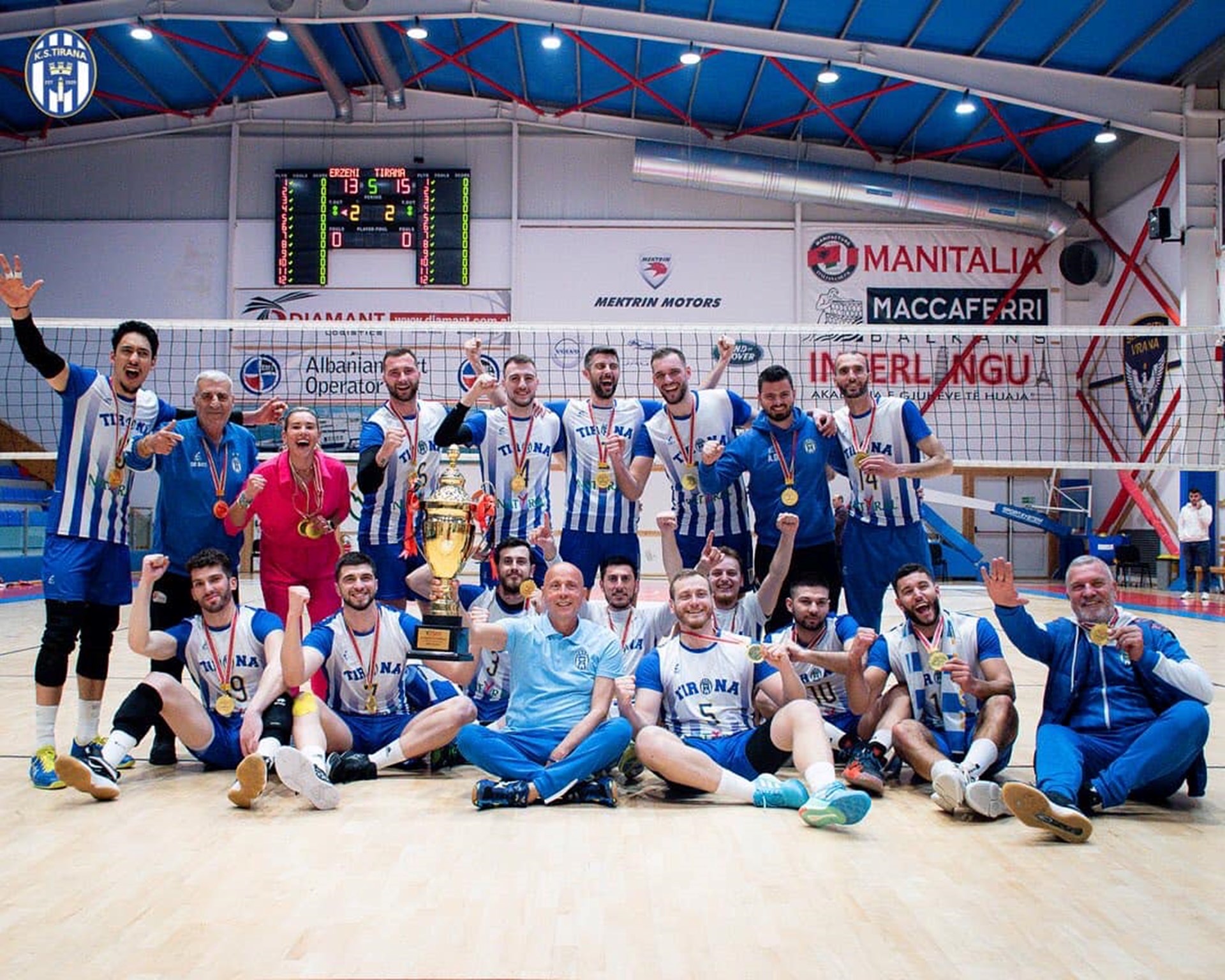 The Superleague, i.e. the elite division of the Albanian men’s Volleyball league, completed its 76th edition on Saturday, crowning the team of Tirana as the winners after the ‘White-and-Blues’ closed the championship series after four rounds. The team coached by Ben Sako secured the 10th title in history for the club from Albania’s capital city, as they claimed the crown six times before the 1990s under their previous denomination of ‘November 17’, before another four followed over the last three decades as Tirana.

Moreover, this is the first title for Tirana since 1994, when it last won the championship, a success featuring their current coach, Sako, but also his assistant, Agim Reka. As for the final duel for the title, the capital’s team imposed their rule in the first two matches. Tirana needed only three sets to claim the first round on April 21 before dropping one set three days later but still won the second duel at the Sports Arena Dhimitraq Goga against Erzeni, the team from the small town of Shijak. 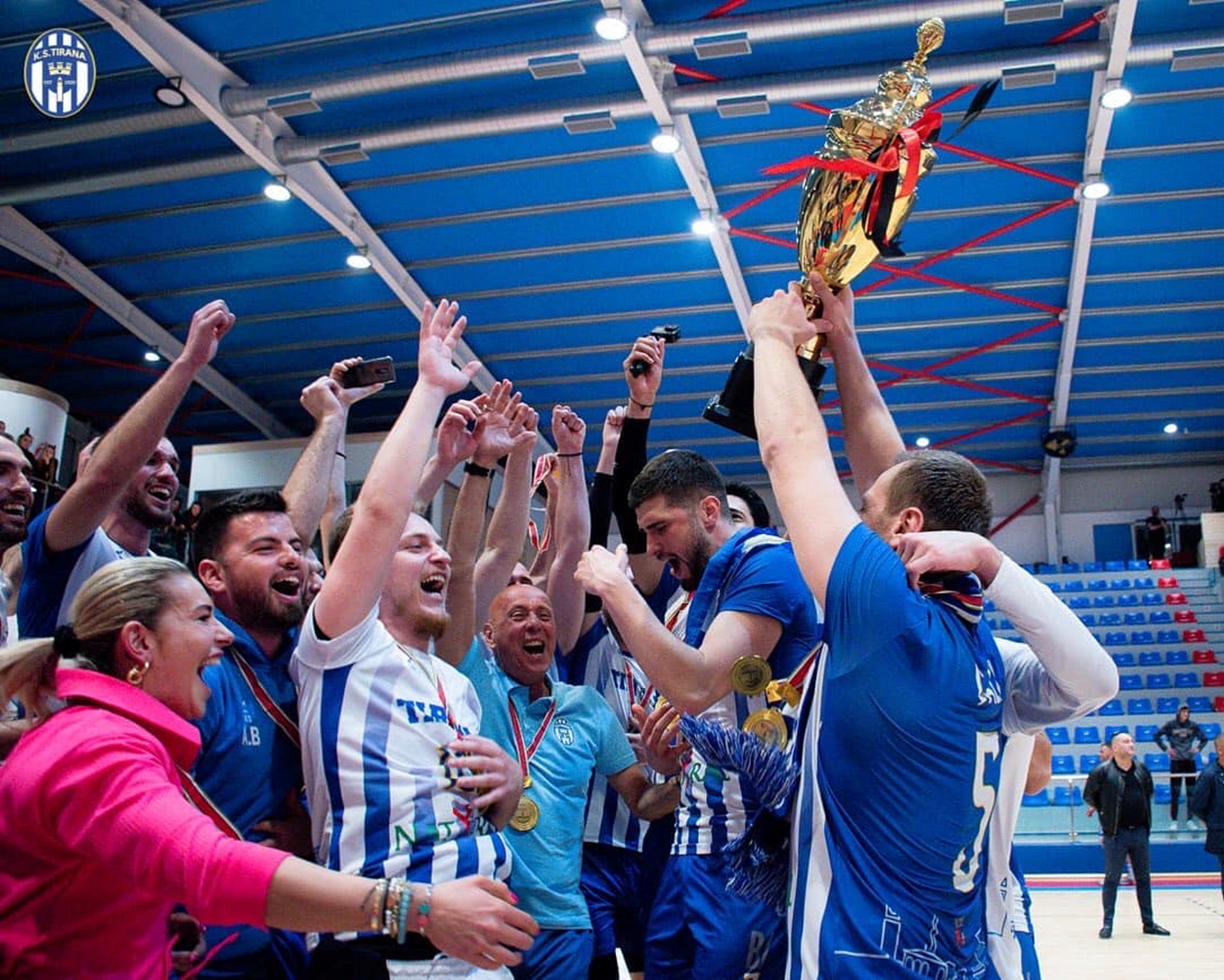 However, in the third match held in Tirana on April 27, Erzeni reacted and won 3-1, thus prolonging the title fight for another round. The match played on Saturday night in Shijak was undoubtedly one of the most beautiful, if not the most beautiful of the season, lasting for more than two hours. Even in this confrontation, Tirana prevailed initially, winning the first two sets, which were hard-fought and lasted 26 minutes each.

The ‘White-and-Blues’ won them with the identical score, 25-23, but the Shijak team came back fighting and with self-confidence leveled the match (25-21, 25-15) to lead the challenge to a fifth set. This was a close affair too, but Tirana made the difference in the end, winning it 15-13, thus making the crown of the champions of Albania its own.

Congratulating Tirana on their success, the Albanian Volleyball Federation praised both finalists for the high level they showed throughout the season, but especially during the playoffs and the championship series.

“This was a very important season for us because it was the first full season after two difficult ones, affected by the COVID-19 pandemic. We are very pleased with what the teams gave on the court not only in these final matches, but throughout the season, witnessing an increase in the level of their game, but also of the championship itself. We saw many hard-fought matches decided by a few points. This undoubtedly gives us pleasure and makes us optimistic for the coming season”, said Albens Vokopola Secretary General of the Albanian Volleyball Federation. 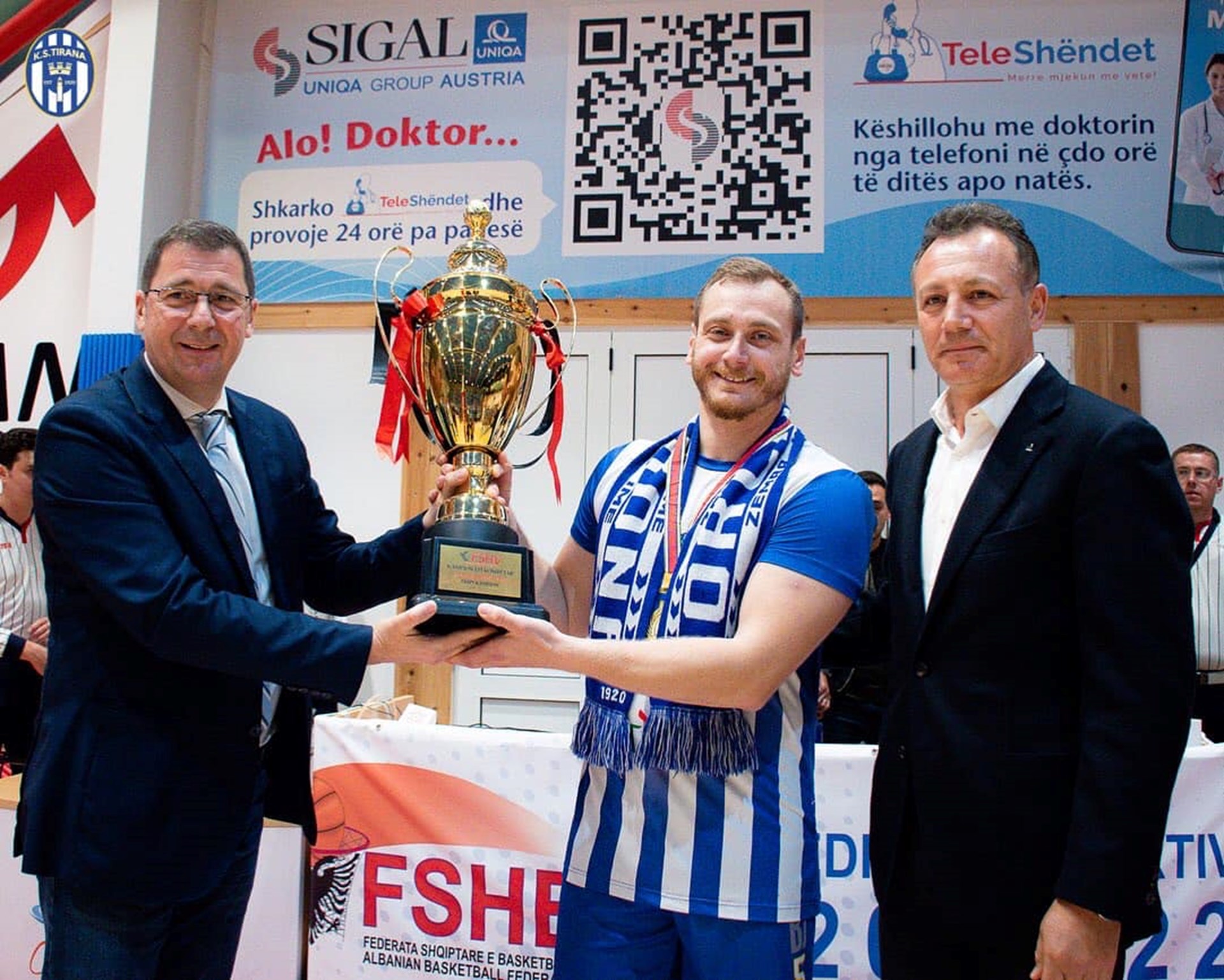