Livestream of all matches from U18 Men Balkan Volleyball Championship 2022 can be found here: 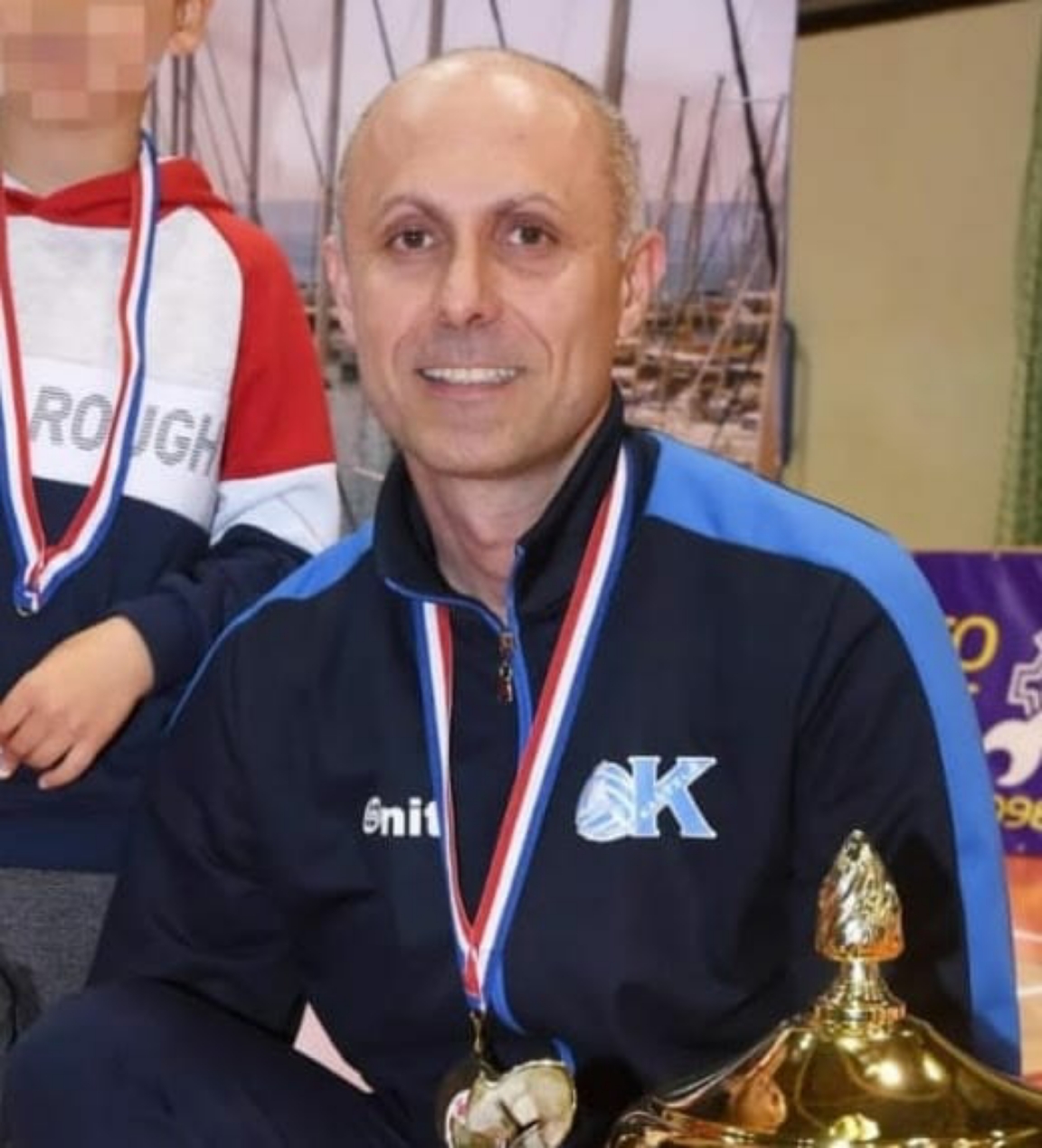 Head coach of women’s senior volleyball national team of Montenegro, Nikola Masonicic, has resigned from that position because he can’t lead national team on Euro Volley 2023 Qualifiers due to his obligations at the club.

“Unfortunately, due to club obligations, I am not able to lead national team in the upcoming Qualifiers for Euro Volley. Last year, I signed a two-year contract with Al Hilal from Saudi Arabia, an agreement with club that I could also be a coach. Unfortunately, due to postponement of start the season in Saudi Arabia (September 15th), the club insists that we start preparations early in August and there is no understanding for delay of a month. I was informed that  eventual termination of contract would be possible only with compensation. I would like to thank the leaders of VF Montenegro, first of all, president Cvetko Pajkovic, for the chance he gave me to be head coach of the women’s senior national team for almost four years. I tried to justify the trust with my work. I would also like to thank the entire professional team staff for their professional relationship and, of course, the players, who always did what we asked from them without discussion. I would like to wish good luck to entire team in the upcoming qualifications, with a wish that they will qualify for the Euro Volley, which the players and the Federation certainly deserve”, said Masonicic.

Everyone in VF Montenegro was extremely satisfied with the work and seriousness of Nikola Masonicic and expressed regret that he could not complete the long-term project. On the other hand, it is necessary to understand the situation he would find himself in if he unilaterally terminated his contract with the club, so we would like to take this opportunity to thank Nikola for everything he has done as a national team head coach.

Managing Board of the Volleyball Federation of Montenegro named Milorad Krunic as a new head coach, an expert from Bosnia and Herzegovina who has been an extremely successful coach of the Croatian team Marina Kastela for many years and who will be in next season coach of Herceg Novi, volleyball club from Montenegro.

Krunic is born on March 9th, 1981 in Ljubinje. He started his coaching career in 2002 in Ljubinje. He continued his career in Serbia, where he won Vojvodina League in 2005 with “Novi Sad”, the third league in 2007 with “Mladost”, and the second league in 2010 with “Dunav Volley” team. From 2012 to 2016 he worked in the Croatian men national team as an assistant coach and won second place in the European League 2013 and qualified for the Euro Volley 2015. From 2013 he led OK Marina Kastela and in nine seasons played 12 senior finals and won five trophies. In the season behind us, he won the Croatian Cup and played in the playoff finals. The volleyball club Herceg Novi, which recently won a place in the women’s First League of Montenegro, chose Krunic as a long-term coach solution. 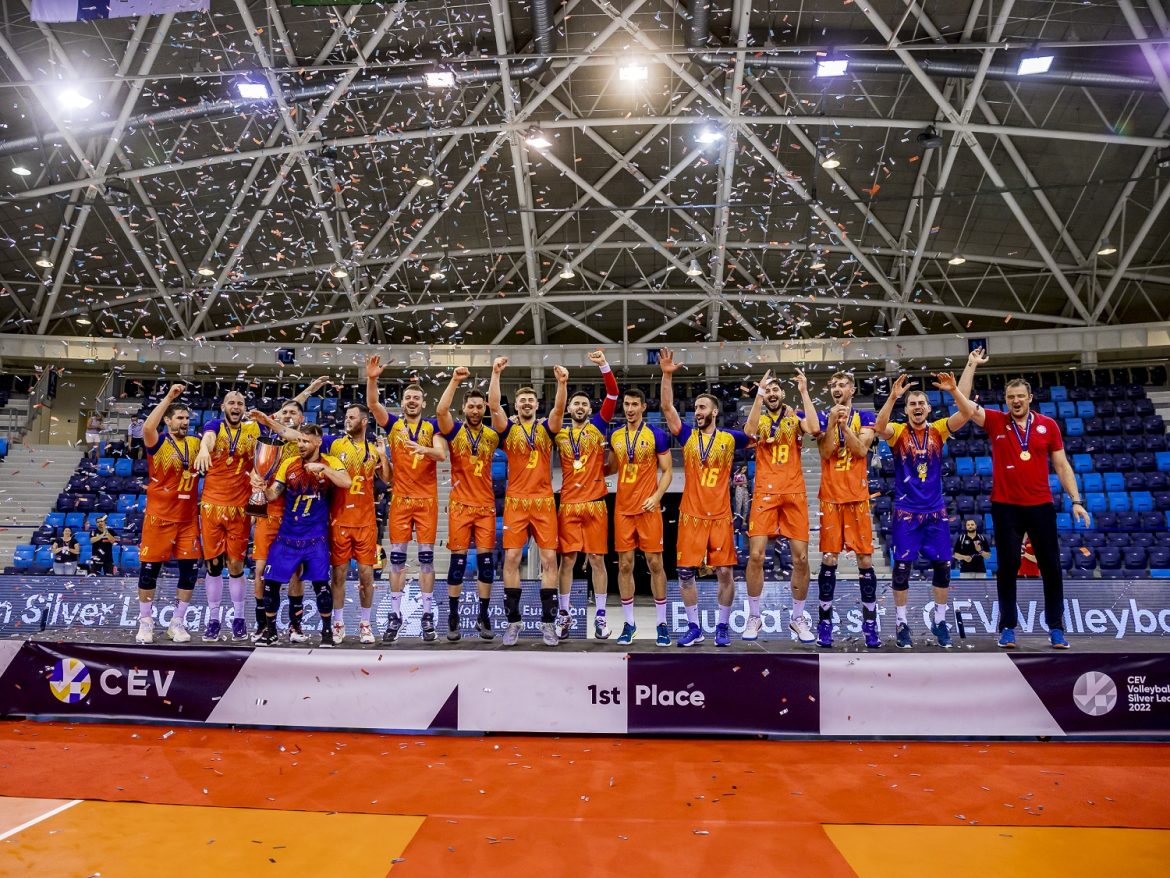 The first set was a good one for Finland since they’ve managed to make a nice advantage (12:7 and then 18:12) which only grew until the end when they’ve had eight points more than the Romanian team.

In the second set, Romania showed all of their colors with three aces while Finland, who made a debut in this competition this season, had only one. It was played completely point-by-point but Romania separated at 15:17 and managed to keep this distance up until the end of the set which they finished with 21:25.

The third set brought on the celebration for the team of Finland where Romania has fallen apart. At 5:5 they were still keeping up but pretty soon they lost their game (12:5) and Finland had a huge lead which they managed to keep up and the set ended with 25:20.

Finland seemed confident in their game in the fourth set and it even seemed as if they are going to lock this match in this set. They’ve had a three-point advantage that melted away and Romania got to them with 20:20 and the whole game changed. Romania managed to take the lead and with 23:25, they’ve taken this set which only meant that the fifth and final set will declare the winner of this competition.

In the final set Romania has beaten the debutant of this competition and with three kill blocks became the new Silver #EuroLeagueM champions!

In the first set, both teams have shown the fightness and the great desire that they’ve walked with into this match. The whole set was played point-by-point while both teams had three aces. At 20:19, North Macedonian teams managed to separate a little bit which was enough to take the win in this set with 25:22.

The second set brought on new excitement where Hungary dominated. North Macedonia had problems at the very beginning of the set and at 2:7 needed to find new solutions. Hungary was blocking all the Macedonian balls (five in this set) and there was nothing Macedonian players could do. This set went to the Hungarian side by 18:25.

What happened in the second set to Macedonia, happened in the third set to Hungary. With 8:2, Macedonia already had an early advantage that only grew (13:5). This time Hungarian players couldn’t keep up and couldn’t find a way to break Macedonians so the set ended by 25:15 for the 2021 runner-up.

In the fourth set, Hungary took the initiative and took an important lead with 12:17, and with four aces advanced to 19:25 which only meant that both teams could become the 2022 Silver #EuroLeagueM Bronze Medalist!

The last and deciding set was in the hands of Macedonia with 7:3 and they only needed eight more points in order to have the Bronze Medal, which happened. Macedonia finished with 15:7 and became the 2022 Silver #EuroLeagueM Bronze Medalists!

Sergiu Plamadeala / Dmitri Romanov from Moldova and Alexia Bradatan / Ioana Miu from Romania are winners of U20 Men & Women Beach Volleyball Balkan Championship 2022 which was held in last weekend in Sighetu Marmatiei, Romania. 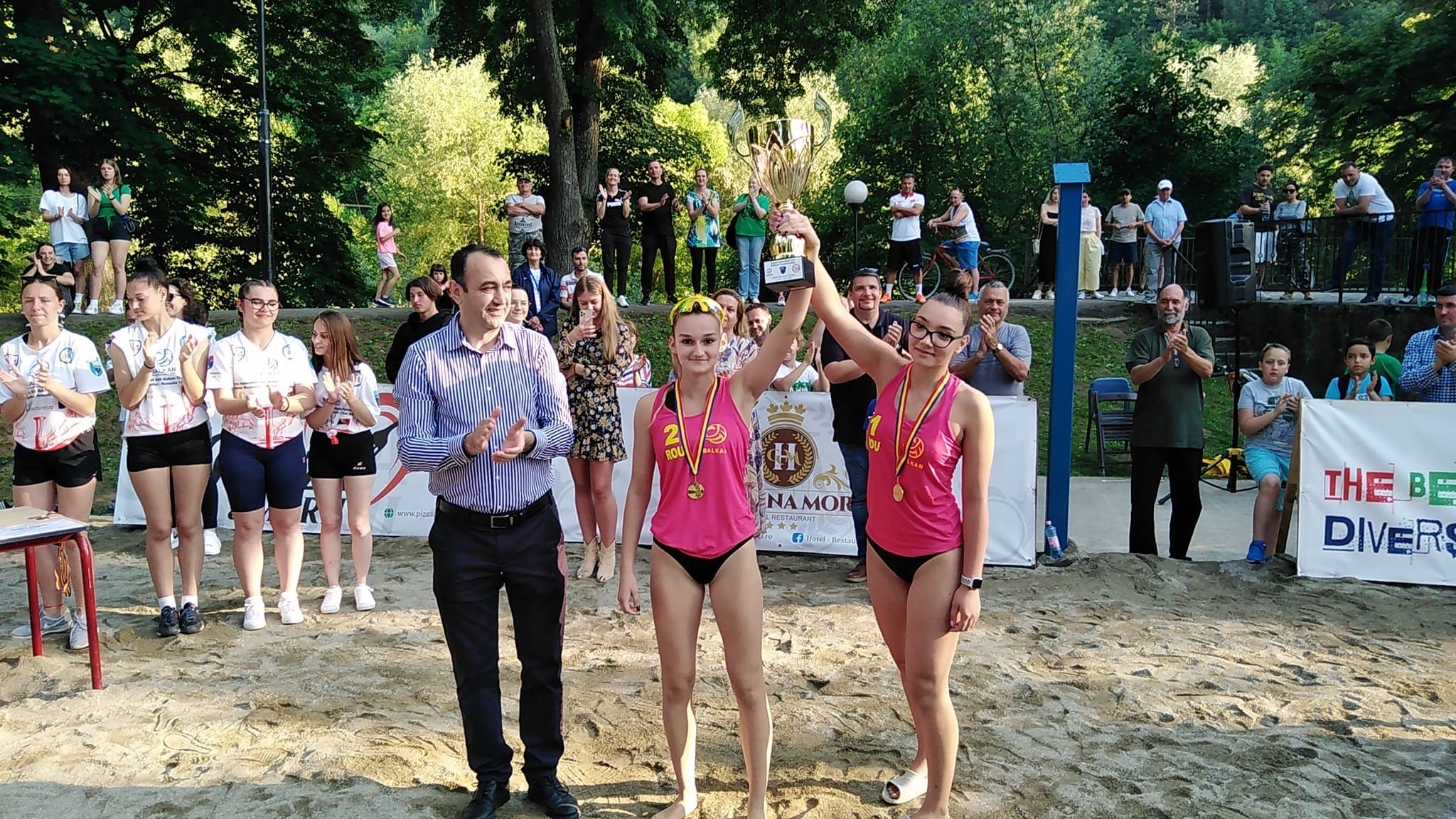 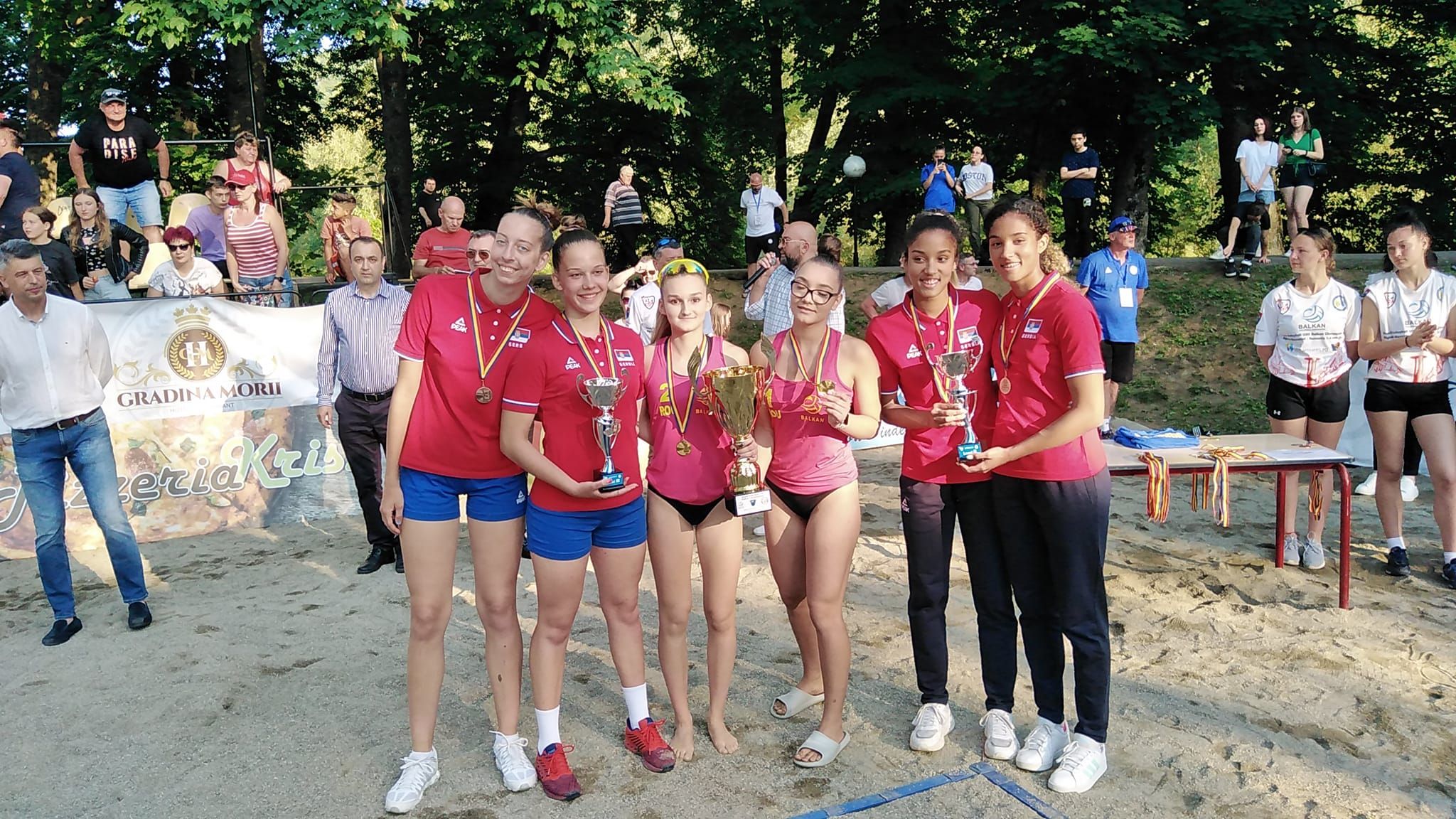 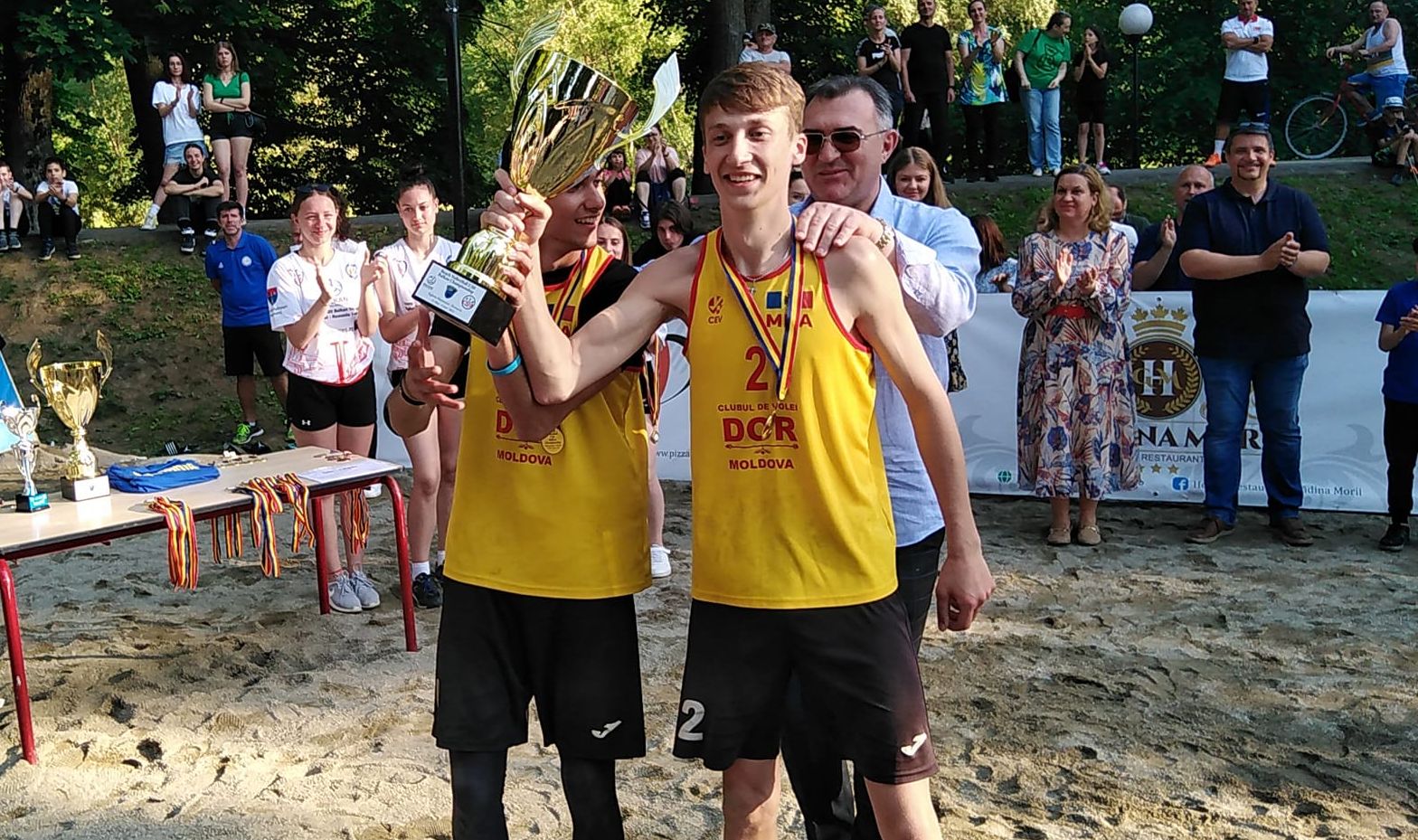 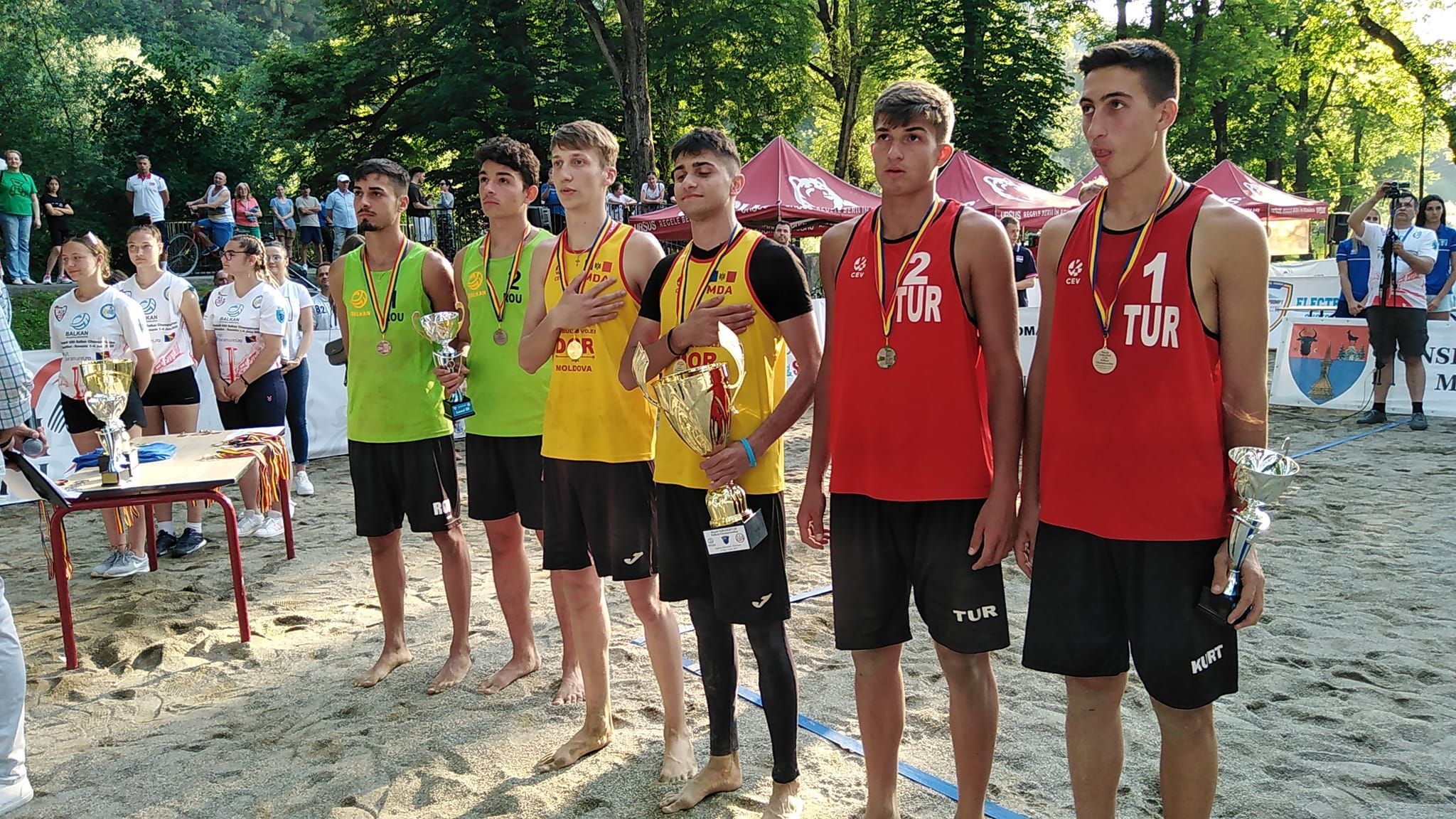