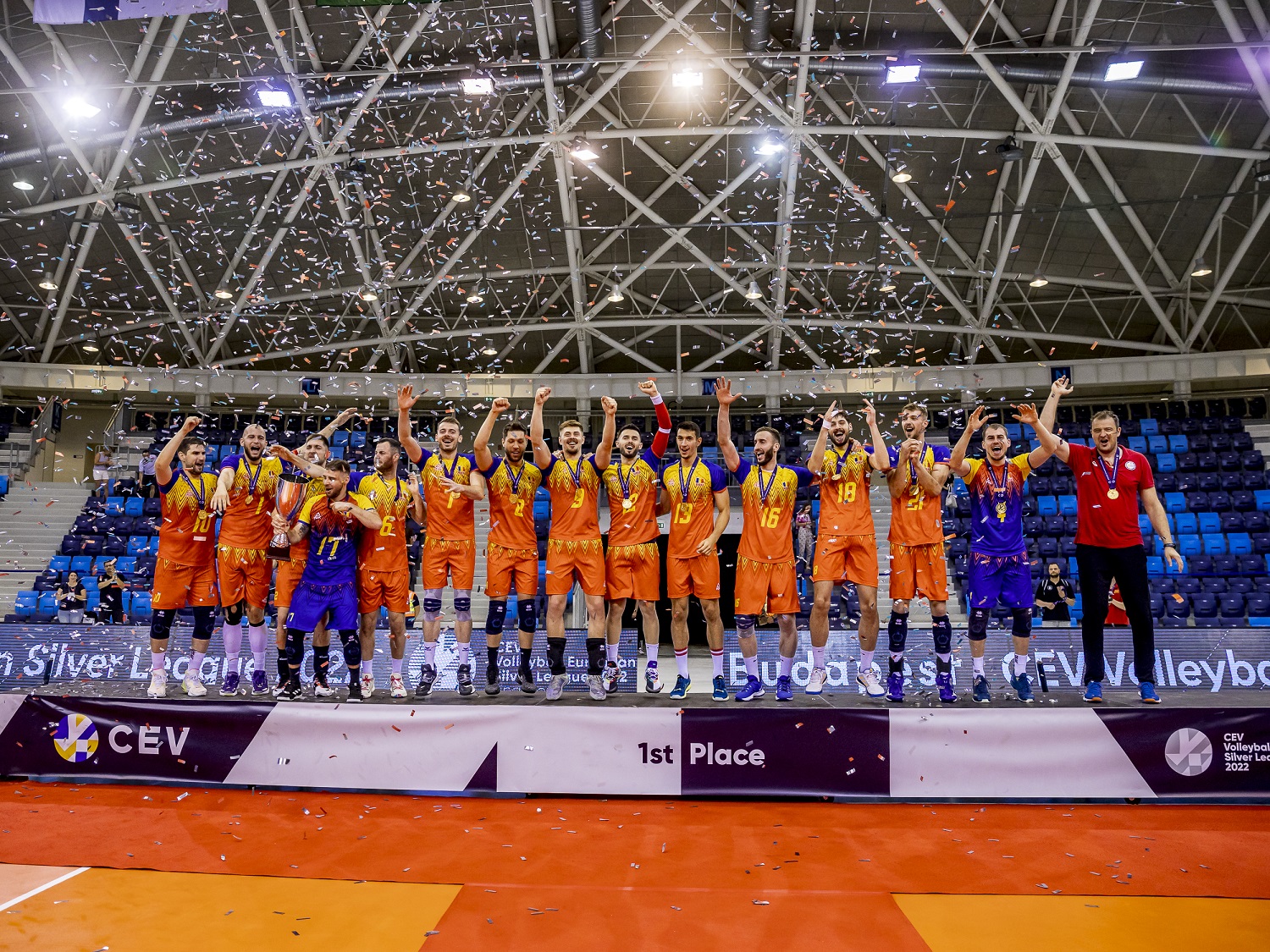 The first set was a good one for Finland since they’ve managed to make a nice advantage (12:7 and then 18:12) which only grew until the end when they’ve had eight points more than the Romanian team.

In the second set, Romania showed all of their colors with three aces while Finland, who made a debut in this competition this season, had only one. It was played completely point-by-point but Romania separated at 15:17 and managed to keep this distance up until the end of the set which they finished with 21:25.

The third set brought on the celebration for the team of Finland where Romania has fallen apart. At 5:5 they were still keeping up but pretty soon they lost their game (12:5) and Finland had a huge lead which they managed to keep up and the set ended with 25:20.

Finland seemed confident in their game in the fourth set and it even seemed as if they are going to lock this match in this set. They’ve had a three-point advantage that melted away and Romania got to them with 20:20 and the whole game changed. Romania managed to take the lead and with 23:25, they’ve taken this set which only meant that the fifth and final set will declare the winner of this competition.

In the final set Romania has beaten the debutant of this competition and with three kill blocks became the new Silver #EuroLeagueM champions!

In the first set, both teams have shown the fightness and the great desire that they’ve walked with into this match. The whole set was played point-by-point while both teams had three aces. At 20:19, North Macedonian teams managed to separate a little bit which was enough to take the win in this set with 25:22.

The second set brought on new excitement where Hungary dominated. North Macedonia had problems at the very beginning of the set and at 2:7 needed to find new solutions. Hungary was blocking all the Macedonian balls (five in this set) and there was nothing Macedonian players could do. This set went to the Hungarian side by 18:25.

What happened in the second set to Macedonia, happened in the third set to Hungary. With 8:2, Macedonia already had an early advantage that only grew (13:5). This time Hungarian players couldn’t keep up and couldn’t find a way to break Macedonians so the set ended by 25:15 for the 2021 runner-up.

In the fourth set, Hungary took the initiative and took an important lead with 12:17, and with four aces advanced to 19:25 which only meant that both teams could become the 2022 Silver #EuroLeagueM Bronze Medalist!

The last and deciding set was in the hands of Macedonia with 7:3 and they only needed eight more points in order to have the Bronze Medal, which happened. Macedonia finished with 15:7 and became the 2022 Silver #EuroLeagueM Bronze Medalists!