VakifBank triumph over Monza and book their ticket to quartefinals 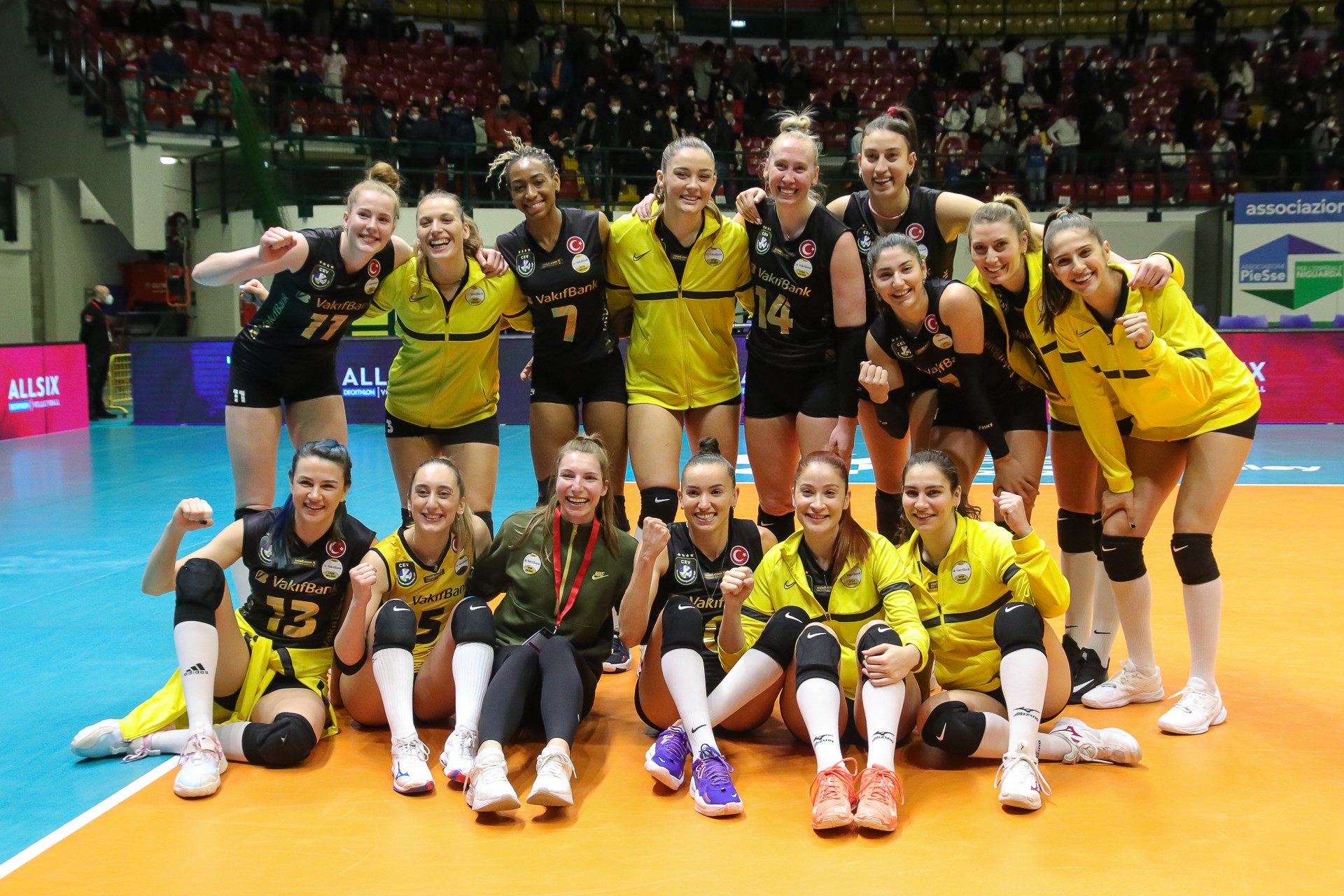 On Thursday night, the 5th leg of the 4th Round in the CEV Champions League Volley 2022 – Women was concluded with four thrilling match-ups. The encounter between Vero Volley Monza and the runners-up of the 2021 edition – VakifBank Istanbul at Arena di Monza was definitely a highlight of the day. VakifBank once again proved their strength and earned a 3-1 victory, this triumph already guaranteed them a spot in quarterfinals as Pool B winner. Vero Volley Monza along with victorious Lokomotiv Kaliningrad Region and Grupa Azoty Chemik Police stay in quest for remaining spots.

VakifBank entered the court without Cansu Ozbay, instead of her it was Buket Gulubay in setting duty. A passionate point-by-point race opened the game, but from 16-16 the hosts jumped to a three-point lead. Magdalena Stysiak with full self-confidence led her team scoring 8 points (all from spikes) in the first set and recording 62% of success in attack.

However, the next part looked completely different. VakifBank easily managed to ran away with the score, it was not only a result of their better play, but also own mistakes made by Vero Volley (9 unforced errors). Isabelle Haak contributed with 7 points, including two winning blocks, once leader of Monza – Stysiak in this part was powerless (only two points).

VakifBank kept the momentum and dominated on the court also in the next part. Even if the Italian side managed to eliminate own mistakes, the team under guidance of coach Giovanni Guidetti – with 20 kills! – clipped the wings of Monza. Isabelle Haak was at her finest as she scored amazing 13 points (11 winning spikes, 2 aces and 61% of success in attack).

Being only one step from completing their mission, VakifBank didn’t slow down. They showed supremacy in the fourth set completely dominating the game, thus the hosts stopped to believe that they can change the result of this match and noted only seven winning spikes. The Turkish powerhouse with 68% in attack and five killing blocks were unstoppable and they quickly sealed their 5th victory. Isabelle Haak who scored match-high 32 points was named the MVP. Although, VakifBank already secured a pool win and spot in quarterfinals, Monza still has a chance to join them as one of three best teams ranked 2nd in pools. The Italian team needs to win their last encounter against LP Salo and wait for the results in other groups.

Isabelle Haak, opposite of VakifBank Istanbul:

“Monza started off really well: they pushed a lot with the serve and had a great defense and great attack. We knew we needed patience tonight and in the end, we changed attitude, putting more energy, and becoming more aggressive. We won this important match and I am so proud of my team”.

“We expected a different match, especially for the duration. We can express a different volleyball, more efficient and solid than tonight. We know that if they want to push they are able to do it with continuity. We are a bit sad for our performance: now we need to reflect of what we missed”.