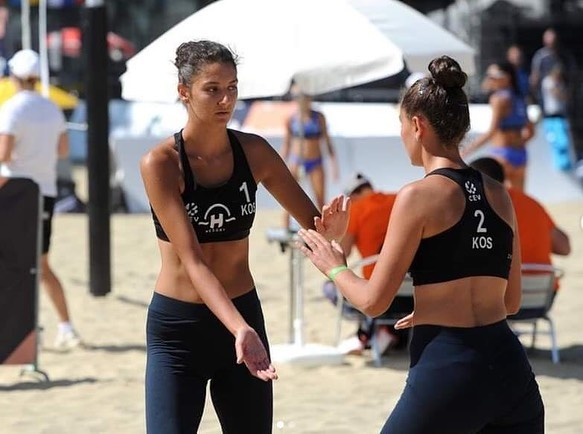 The Kosovo Olympic Comittee, with reccommendation from the commission of sports, has published the list of seventeen ‘Olympic Hopes’ for the year 2022, in which were included the two very successful Beach Volley players, Yllka Jashari and Agnes Koxha.

The selection was made based on their results, comprehensiveness and universality.

The duo has been in brilliant form during last year, in which they were declared champions of Kosovo and Balkans for the U20 age group.

Otherwise, Jashari and Koxha – as part of the list of ‘Olympic Hopes’ – will be assisted with a monthly salary of 150 euros each, during this year.

Moldova and Romania teams winners of U20 Men...